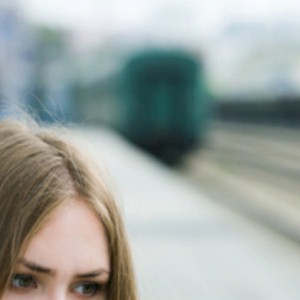 One of the very basic needs of any human is to be, or at the very least feel like they’re accepted by others. What’s realized is knowing that this might be the key to establishing better relationships with others.

So as a result, one of the bigger “self-improvement” markets is tailored towards educating individuals, who feel they need the help on the various effective ways of connecting with others, while building lasting relationships with them.

So what’s been established over time is that there are several different ways, methods, which you can apply when bonding with others. These individuals might be a family relative, business associate, or friends.

One of the biggest extensions that you can grant someone is making them feel welcome, wanted, accepted. This goes as far back as to “Maslow’s” hierarchy of basic human needs. Which states that one of man’s most basic needs is that we need to feel a sense of belonging within a group setting.

All individuals want to feel that they’re part of a tribe, this within a group of people such as their small circle of friends. This same feeling also applies to bigger groups such as: sports teams, clubs, departments, associations, or at parties.

The “Want” To Be Needed
What the majority of people have is this innate need to belong and are needed somehow. One way to convey back this acceptance is by just simply listening to them and hearing out their needs.

What listening does is it communicates the message that their thoughts, feelings, however whacked out they may be, are heard and valued, that their input is valuable. This answers the core need to belong while providing a sense of importance.

Human Interaction That’s Considered Annoying
We have all at one time or another been placed in one or several of the following situations.

• While you’re sharing some type of important insight, your view, someone suddenly finishes the thought for you
• While you’re narrating, describing a story, something that happened over the weekend, someone just butts in and then narrates their own similar story
• During a meeting, a co-worker or a superior will suddenly cut you off while you’re still explaining your opinion or side
• You ask your kids about how their day at school was, and they completely ignore you while going to their room
• You’re wanting to discuss something important with your spouse, but they’re not listening to you, they completely ignore you and continue to watch TV

Under any of these circumstances, how did you feel, no, not very good. What you felt was that you were taken for granted. It feels like no one is listening to you, your opinion doesn’t matter. What this signifies is that all of your thoughts, ideas, or concerns don’t matter, are not accepted.

It All Begins As Infants
At the onset of ones life, an infant can immediately feel the silent vibes by their parents, that sense of acceptance from their mother who constantly touches, speaks, and caresses them in a loving way.

Then as they develop into children and then as adults, that same sense of acceptance along with how important it feels comes from their family members, teachers, peers, work colleagues, spouse, their children, etc.

What every person needs regardless of who they are, what age they may be, what status in life they’ve achieved, is to be accepted by those who are important to them. It places meaning directly to their existence.

A Life Of Not Being Accepted
Imagine going through life without being accepted. Envision the life of infants who were abandoned at birth by their mother. The ultimate effect which results in their emotional well-being when they’re growing up.

It then becomes entirely possible that these young children will grow up feeling dejected, alienated, and discriminated. The effects of this discrimination will usually result in resentment, and if not controlled, may eventually result in violent or criminal tendencies.

The feeling of this resentment will at the least escalate into anger and hostility towards society. Once an individual does become hostile, then the violence can potentially escalate.

Resentment is similar to a forest fire, it can quickly grown into something uncontrollable, especially once fanned or provoked with yet more resentment. Just the simple civil act of accepting someone, can make or break them.

Acceptance The Act Of Gratitude
Acceptance must and should be done as unconditionally as possible. Those who display this acceptance shouldn’t be expecting anything back in return. There should never be any strings attached, or commitments to fulfill.

Expecting to get something in return just defeats the purpose of making others to like you. In fact, this will just usually breed resentment, or it may appear like your attempting to manipulate them by forcing them to act in a certain way.

Unconditional Acceptance
What the act of unconditional acceptance towards others thoughts, their ideas, and their concerns can always yield favorable outcomes. What acceptance elicits is cooperation, and this leads towards working for a common goal.

What acceptance yields is fruitful and positive results. At the same time, what you’ve also done is raised their self esteem, importance, morale, and their confidence to whom the person that you’ve accorded the acceptance to.

So always be open and willing to accept other people’s ideas, this whether their input is valid or not. Just listen to to their thoughts and opinions. You’ll then harvest not only good results and goodwill, but you will also gain the admiration and the appreciation of others.

Why Physical Activity Is Important For High Blood Pressure