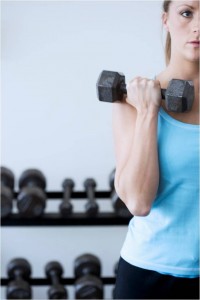 Did you know that just quick spurts of focused exercise on a daily basis may be all you need to stay healthy and can even extend your life by a few years. This was the result of a significantly large cross study of individuals who underwent years of fitness testing.

Since this study generated lots of attention, reviewed are the details of how the research group came up with their findings, while offering valuable tips on how you can be more physically fit along with incorporating the fitness activity into your daily lives.

The researchers went and sought out the true health benefits from a variety of different levels of physical exercises over a large population base of over 400,000 participants, all with various fitness levels. It was approximately a 50/50 split between males and females.

The Findings Of The Study
They all participated in the medical screening process over a 10 year period where the subjects were required to complete a self administered questionnaire, this to gauge how much leisure and how much physical activity that they actually participated in every week.

All of the participants were also required to visit their doctors on an annual basis as well. Based on the results of the the questionnaires, the researchers then placed these people into 1 of 5 categories based on their volume of exercise. They were:

When compared with the individuals who were in the inactive group, those who landed in the low intensity group, who had at the least walked 15 minutes per day, 6 days per week, produced a 15% reduction in mortality as well as adding a life expectancy of 3 years.

Also, when an additional 15 minutes of exercise was added on a daily basis beyond the minimum amount, totaling 30 minutes, that further reduced the mortality rate by 6% percent and the heart disease mortality rate by 4.5% percent.

These results along with the benefits were similar in both men as well as women, regardless if they were thin or obese. and based on all age and ethnic groups. It also applied to those who were at risk of certain cardiovascular diseases as well.

Conversely, for those who were completely inactive had a 18% percent higher risk of mortality when compared to the participants in the low activity group. The researchers claimed that these results were consistent with all of their previous studies based on a wide range of participants from all backgrounds and occupations.

This was the first actual study of this type to determine what the minimum level of exercise is needed to be able to increase ones life expectancy, while reducing the risk of catching colds and other related illnesses.

Are The Results Too Good To Believe
While most do not think that exercising for just 15 minutes is able to produce these dramatic health benefits, researchers are claiming that their results at the least conveys the point that there’s more benefits which are attained with just limited levels of physical activity.

For those who are unable to fit in the prescribed 30 minutes of exercise activity on a daily basis, then to begin, 15 minutes is all they’ll need to begin living a healthier and longer life.

Fifteen Minute Exercise Programs You Can Do Today
Listed are some excellent 15-minute exercises which you can easily perform before you begin your day, or do during lunch, or just before dinner:

• Taking a light to a moderate walk can build as well as tone all of the major muscle groups in the legs and buttocks while strengthening the lungs and the heart. Make sure that you pump your arms while you’re walking as you’ll also simultaneously strengthen as well as tone them while boosting your stride
• Going for a jog or a run will easily tone all these muscle groups a lot quicker and efficiently, while burning a higher number of calories in basically half the time
• Biking, hiking or swimming are excellent sources of aerobic based exercises which anyone should be able to fit in their daily schedules. You can easily go for a bike ride or go for a hike with your kids around the neighborhood, or go for a 15 minute swim in the backyard pool or at the gym. Unlike going for a jog or brisk walk, these activities are a lot easier on all the joints including the hips, knees and ankles
• Circuit Training at the gym, which incorporates all the muscle groups as it involves moving around from one strength-building exercise to another in a series of stations during a limited time span. This is great for improving strength as well as endurance. Working out all of the major muscle groups, which includes the chest press, lat and leg press, leg extension, leg curl, and shoulder press. In just 15 minutes, you should be able to do approximately two sets of 8 to 10 reps for each designated exercise. If you do this on a daily basis, you’ll build as well as maintain all of your muscles, while burning excess calories even when you’re resting

So whichever fifteen minute exercise you decide to tackle, it should be an activity that you enjoy. This way, you will be more inclined to stick with the program and routine and then reap the health benefits.

My Love Affair With Rain It's Always Sunny When It Pours