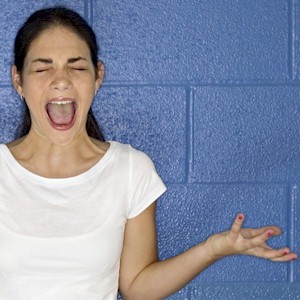 There are those who are successful, accomplished in their life and work, yet, they choose to hold a grudge, an error from a past misdoing, angry at their parents, siblings, for something that they perceived was done wrong to them. They feel a personal crime of malpractice.

They refuse to let them go. These feelings stem from childhood and holds on like a disease, they just can’t or don’t have the heart to forgive. This since they feel that they were mistreated somehow. There’s resentment that exists, convinced that they were victimized.

So forgiving to them isn’t possible so they hold a grudge. While the relationship with them may of changed, rationalizing the reasons why the respect was vacant, still the bitterness remains, not being the favorite, perhaps a forgotten child.

These individuals are not isolated as they are common occurrences. There are many who will just hang on to their grudge for life, tempting their ulcer, deep painful hurts which can last forever.

Many can’t or won’t let them go, they revisit the anger as their blood boils every time that they’re reminded, even though there may of been attempts, valiant efforts to let them pass.

Often, their grudges are held on unwillingly, wishing that they would just disappear, fade away from their life so they could carry on and live positively in the present, this free of the injustices of their past, which occupies their mental space.

Why Hang On To Grudges
Why are grudges held on to, this when they’re obviously painful and a nuisance to maintain, often working against their happiness. Why do some choose to hang on to these open wounds, keeping them active, living in denial, constantly revisiting the angst.

It’s thought that these roadblocks are preventing them from having new experiences in their life from occurring. So why keep them current, this when they’re wanting to move on anyways. Why don’t they just release them.

Because That’s Who They Are
Hanging on to grudges is like a favorite security blanket, they’re an identity to who they are, giving them some type of comfort. By hanging on to a grudge, they’re reminded that they were the person who was wronged.

Although they don’t enjoy it, they hang on to them because it provides a kind of motivation, a rightness, which gives them an identity. They have something that defines them.

This gives them a sense of purpose. They have definition as well as a grievance which carries substance. To let go of the grudge, then they’ll need to release a part of their life they’re not willing to.

To Move On
This gives them strength, solidity, sympathy and understanding that’s extracted through the wrongdoing. What they need to do is be willing to lose the “I” who was mistreated, and move towards a new version of themselves.

This new identity, a new version of themselves that they don’t know yet, which allows for the present moment, and not the injustices of the past that’s determining who they are right now.

But Yet They Hang On
What exactly are they attempting to accomplish, this by continuing to hold on willingly. All that they’re doing is acknowledging some type of comfort that may be currently vacant in their life.

Someone who feels they were victimized, they’re announcing that they rightfully deserve an apology, and they hold on to the grudge as proof. They want kindness or specialized treatment. The anger is a cry to be cared for the pain that they’ve endured.

The Problem With Grudges
They drag you down, hold you hostage, become a burden, much like toxic mental waste, making you unhealthy, keeping you revolving in anger, while not serving the true purpose of why they’re there.

They don’t make you feel any better or will heal your hurt. Ultimately, you hang on to them, an owner of a grudge, this without the benefits of comfort that’s craved from the original sin.

You treat the grudge much like an object, holding it at arm’s length, proof that you’ve suffered, a badge of honor, a way of reminding yourself of the pain that was felt.

Realize that grudges are disconnected from the soul, as it’s a construction of the mind, more of a story of what happened to you emotionally, one that the brain can only understand.

The grudge morphs into a wall which blocks the light of kindness, understating, becoming an obstacle from being healed. In the efforts to garner empathy, the grudge deprives you of the very empathy that you seek, this since you refuse to release it.

Just Let It Go
To let go of a grudge, what needs to be shifted is moving the focus away from who wronged you, the story of your apparent suffering, and move towards the “felt” part of what was actually experienced.

Once you focus your attention internally towards your soul, your heart, the pain will then shift from something that happened to you externally, to another area of your narrative, towards a sensation that you know, that area where you’re “one” with yourself.

Once focusing your attention inwards, you then give the compassion that the grudge needs. You then take the responsibility for your suffering, knowing that it matters, which can’t be achieved through your grudge directly, regardless of how fierce you try.

You can then release the person who wronged you, this because it no longer serves you, and your heart is righting that wrong. Then without having a need to hang on to the grudge any longer, it goes away, disappears without ever knowing how or why it happened.

What then becomes clear is that you become content. Then the person who you held the grudge on, can move on to heavenly pastures.