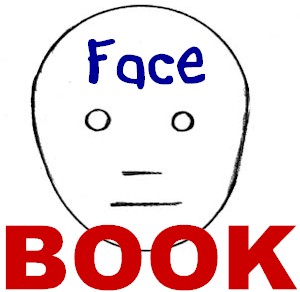 Facebook goes public, they began selling their shares for public consumption, it’s expected to become one of the largest and richest tech IPOs ever released in history.

Keep in mind that this monster began it’s life as a simple singular idea along with just the cost of the usual $20 domain registration fee, using a simple 8 letter, two word combination, known as Facebook.

Investors are expected to swallow up the stock wanting a piece of this phenomenon which began life by a lad named Mark Zuckerberg, in a tiny dorm room full of other like minded nerds.

Owning this particular stock is going to have value once it’s publicly traded, the majority of investors jumping on board will admit that they could of never imagined the approximate $104 Billion valuation of the company, even just a few short years ago.

The Members Of Facebook
Members who originally joined Facebook most likely wondered what all the big fuss was about, what was so great about this Facebook thing when they first landed on their simple boring registration page.

Most though ho-hum, what’s the big dealie, what the heck, I’ll join because it’s free. No one would of ever predicted that it would quickly fill the needs of close to 1 billion people who access it.

TheFacebook, it’s original name, offered students a digital way of feeling connected with their peers from anywhere that they could access the Internet. Facebook dug into the very human nature of individuals needing to socially connect and be accepted, even if it was virtual.

This is the reason why Facebook exploded beyond the campus walls and now involves 1 out of every 7.5 people on the planet.

This is astonishing since surfing the web is still considered a luxury in most parts of the world. It’s estimated that just 35% percent of the worlds 7 billion people, as of the end of 2011, can regularly access the Web. So that’s approximately 2.5 billion who are online, and 850+ million are now on Facebook.

The Feeling Of Being Wanted
Ask anyone who is part of the Facebook religion why they use the site, why they log in up to a dozen times a day. Ask them what features or services that they use.

They’ll tell you they like sharing their images, gawking at other profiles, liking the “Likes,” while keeping up with their real and unknown friends scattered around the globe.

What’s bubbling below the undercurrents however is their need for wanting emotional gratification. Although we should be able to fulfill our emotional needs in real life, it’s not as instant or as easy.

So instead of going through the pain of attempting to consciously alter how we feel outside the Internet, we use the “Instant Noodle” solution of just adding hot water that is Facebook.

What Facebook, similar to YouTube or Pinterest are able to do is quickly elevate our moods on cue. This fast emotional enhancement is the difference between needing to develop our own gaps in our physiological state ourselves, externally, or relying instead on these ready made services.

But keep in mind that Facebook certainly won’t be the last source to give us this free mind candy and gratification, as the next great Internet phenomenon to yet fulfill our further emotional needs is most likely just around the corner.

Social Networks Feed On The Emotions
The most popular websites which attract massive consumers all feed into our psyches and emotions. Since these emotions are all felt differently by different individuals, the impact is to varying degrees.

The most effective of these sites will push our emotional “hot” buttons and then activate the internal triggers of our emotions, which forces us to take unprovoked action when these particular sensations are felt.

These cues once activated forces the users to bookmark and then come back to the same site on their own free will. The site then becomes the “fix” to satisfy our needs emotionally.

What’s Down The Internet Pipeline
Looking at Facebook’s massive IPO, along with their recent Instagram billion dollar takeover, what that does is it motivates a growing and unprecedented source of millions of dollars of seed-capital funding which becomes available, this in the hopes of these investors hitting the next billion dollar Internet jackpot.

So a new generation of online entrepreneurs, young and old, are responding to the bell of opportunity in the hopes of developing their own brand new version of the next Silicon Valley dream.

All of them will fail, other than that singular “one” or a tiny handful which will develop a product, or a simple concept, which will take over the lives of billions of people once again.

Those virtual mountain movers will have a complete understanding and concept of what the human being behavior wants, and their products will be simple and grounded enough in it’s fundamental presentation to cater to the emotional needs in all of us.