Essential Supplements Which Keeps You At Peak Performance
Skip to content 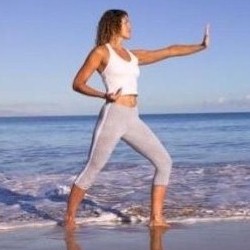 There’s a growing number of individuals, athletes and weekend warriors alike, who are turning towards their local health store supplement counter to aide them in staying healthier, reaching their particular fitness goals, keeping their specific syndromes in check, or to fight off disease and illness.

While taking supplements can help when it comes to improving or maintaining these various ailments, what may be more important is choosing the right ones.

So listed is a checklist to help you better navigate through the ever increasing list of available supplements on the market, which are recognized as the best providers for better overall health.

The Best Recommended Supplements For Getting And Staying Healthy

Call For Calcium
Calcium happens to be one of the most complete minerals when it comes to multitasking on a biological level, this primarily by it sustaining, strengthening, and building bones while decreasing bad cholesterol, while aiding in weight loss.

Recent studies have shown that just 1000mg of calcium on a daily basis is able to increase the “good” high-density lipoprotein cholesterol. It’s most significant value, however, is its ability to maintain better bone health, particularly in the healing and repair of previously broken bones. Regular calcium intake also helps in the prevention of potentially suffering another break.

It’s recommended that you combine the calcium intake along with vitamin D, as together, they play a critical role in providing stronger bone density while keeping your overall body healthy.

Although natural sunlight remains the best way of getting vitamin D, researchers claim that those who live in the northern climates, there isn’t usually enough sunlight that’s strong enough to produce enough vitamin D formation in the body.

The use of stronger sunscreen also puts a curb to this natural vitamin D outsourcing. So to be sure, reach for the calcium and vitamin D supplements.
Recommended Dosage: 500mg of calcium citrate along with 125iu vitamin D, two times a day

As Is Selenium
Selenium happens to be an all star mineral as well, as it’s able to fight off free radicals, which is a key component in warding off certain cancers. Research has found that those who have higher levels of selenium in their system, is less likely to contract advanced diseases by 47% percent.

Selenium also helps in preventing lung disease as demonstrated by tests performed on a group of smokers who took the supplement. But it’s still recommended that you quit smoking altogether.

Another study found that taking multivitamins along with selenium will better activate its disease fighting power. This because most multivitamins contain around 30iu of vitamin E, which is the main co-factor and activator of selenium.
Recommended Dosage: Take anywhere from 40 to 70mcg of selenium on a daily basis

All For Folic Acid
Folic acid isn’t just for prenatal care, as this important B vitamin has also been proven effective for stroke prevention. What it does at the biological level is it regulates the blood pressure to stream properly, instead of clumping.

It does so by dissolving homocysteine, which is a compound that’s linked to heart disease as well as Alzheimer’s. There are studies which show that individuals who take the recommended dosage of folic acid were 32% percent less likely to suffer a stroke.

Another study has proven that this vitamin also increases cognitive function, especially in older adults. It also helps the body to digest better while boosting muscle growth.

Folic acid is found as an essential component in the production of red blood cells, while improving energy levels as well as better cardio performance. It’s also known to prevent heartburn, while replacing any lost nutrients in the body. All of the vitals when it comes to the digestive system, also work more efficiently as well.
Recommended Dosage: Take 400mcg on a daily basis

Acetyl-l-carnitine
Acetyl-l-carnitine is an important amino acid which is good for the brain. In fact, there are positive test results which prove that it can possibly slow down the onset of Alzheimer’s.

Further studies have shown that in animal studies, the test subjects that took acetyl-L-carnitine did much better on memory tests. The reason for this is because carnitine declines with age, which then dulls the effectiveness of certain membranes.

Acetyl-l-carnitine also happens to be at particularly low levels in those who happen to be afflicted by Alzheimer’s. By giving the body the carnitine that it needs, the mental as well as the cognitive functionality then significantly improves.

Acetyl-L-carnitine also helps in helping the body store as well as produce more energy. Having better energy is the key component to learning and retaining new information. As with any other supplement, it’s advised that the intake be as consistent as possible.
Recommended Dosage: 100 to 400mg once every day

Taking Multivitamins
You can mix together and drink all of the protein shakes or smoothies that you want, but if you’re missing the essential vitamins which your body needs to build muscle along with tissue, then you may be wasting your time.

Even if you feel that you’re eating properly, most likely, you’re not getting all of the daily recommended nutrients into your diet. The lack of certain vitamins and minerals in the food source usually begins at the elemental stages, where the farmers will grow their produce under poor soil conditions, overuse pesticides, process them incorrectly, or from the overcooking of the food.

So taking a good daily multivitamin helps in preventing a host of potential problems. Clinical researchers have realized that taking multivitamins keeps as well as maintains all of the vital bodily functions and organs, by keeping them at peak performance.

Also, what vitamin B does, for instance, is it controls the proper levels of the regulator cortisol, which is extremely beneficial especially if you work in front of a computer monitor all day. Taking multivitamins also assists in making the other supplements function better by they working more efficiently.
Recommended Dosage: Take one multivitamin per day

Why Medium Wants To Improve The Quality Of Online Content