EQ vs. IQ: Why Some Smart People Fail
Skip to content 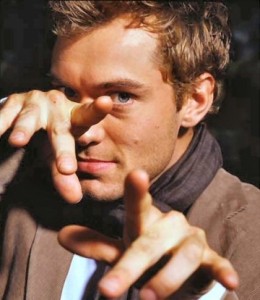 Early studies have shown that Albert Einstein’s intellect was linked to a certain part of the brain that supports certain psychological functions, called the amygadla. The predetermining nature of EQ and IQ differ in their ability to learn and develop them however. IQ is viewed as genetic potential that’s established when we are born, and may be fixed and established after a certain age of pre-puberty. The intelligence quotient in most cases cannot be developed, or the IQ increased after that stage.

So You Need To Find That Balance
You need to find that dedicate balance between IQ and EQ. It’s the single critical and important element of achieving any managerial success. You can view it as, IQ is the driver of productive performance; IQ competencies are considered as threshold abilities, which are the actual skills needed for you to do just an average job. Where EQ competency, as well as skills are far more effective, especially at higher positions of organizations where the IQ, intelligence quotient differences are negligible.

There was another study that was performed which matched super star performers up against average performers in top organizational positions. 86% was attributed to EQ competencies rather than IQ competency. Although all organizations are different, and have different needs and requirements, it was found that EQ contributed from 81 to 93% of predicting success in these organizations.

A Case Study In EQ vs. IQ
To illustrate EQ competencies and it’s relativity to IQ, there was a study conducted by a Dr. Goleman, who is a renowned EQ researcher. He went to analyze how EQ competency contributed to higher profits in a large marketing firm.

He began by thoroughly testing and analyzing the participants’ IQs as well as EQs. They were then organized into work teams. One work team was then trained on different forms of EQ competency, such as social skills and self management. Then he left one team of participants who had the highest IQ’s to act as a control group for the study, completely alone. When they evaluated the economic/profit value of the EQ competencies vs IQ, the results were remarkable. The team that was trained with the social skills scored a 412% increment in profit, while the self-control participants scored a 110% increment in profit.

The participants with the highest IQ’s also had the highest cognitive and analytical skills, added just a 53% increment in profit. This indicated that the IQ group gave support to performance, but was limited to it being a threshold capability. The EQ based competency group apparently supported performance far better.

How To Get Along With Critical People