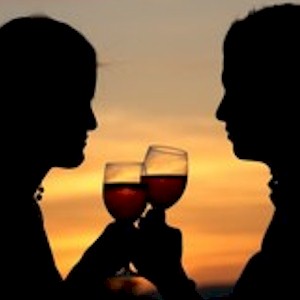 Guys become constantly confused, oh really, no revelation there. Dudes become perplexed, their eyes get slightly crossed, sweat begins to form on the brow, at the slightest controversy, and begin believing in certain misconceptions, either created by them or not, when it comes to Dating smart women.

This then forces them to act or think a bit irrationally, in ways which can potentially damage a relationship. It does pose certain additional challenges that men face, when it comes to dating women who are intelligent and confident.

So if you consider yourself a pretty brainy gal, you love to think on your feet and learn new things, you don’t bother much with watching a lot of TV, but would rather do more intellectually stimulating and rewarding things, such as learning about: history, culture, travel, music, motivation, nature, business, accounting, etc.

These issues, causes, and subject matter will usually place the regular ordinary dude into a haze and will lull them to sleep. Once you begin talking about philosophical beginnings, theories on the origins of the universe, high finance, or politics, the majority of guys will just begin rapid blinking and start tuning you out. Then the intimidation sets in.

How Vain Are You
Yes, along with the intimidation, some guys also feel that some smart women are generally vain or conceited, this because they’re more aware and active of the finer things which life has to offer.

Placing extreme care in what you wear, or look, who or what you choose to interact with, while demanding parallel respect shouldn’t be translated as vanity, however.

Feeling beautiful as well as being noticed is an essential part of the equation. Embracing how one looks, while appreciating the subtle features that you’re wanting to portray, are the ultimate signs which point towards self confidence.

You Always Need To Get Your Point Across
Guys will get intimidated once intelligent woman constantly feel that they need to get their point across. Men will feel that women become bitter to the point when she begins to disagree with a statement, any statement, even if she knows isn’t true. During these situations, yes, you’ll come across as smart, but not very fun or attractive.

You Become Too Hard To Please
So you’re the Vice President of a company, a doctor, or heck, you own the whole damn business. You’re a successful operator, self placing yourself on a pedestal. But that doesn’t mean you shouldn’t, and don’t, appreciate any of the simple fun impulsive gestures, such as, the occasional chocolates, or a bouquet of flowers.

But where the misconception appears is when smart intelligent successful women appear that they can’t be pleased, easily, which instantly makes a guy feel discouraged. On the contrary, you enjoy all of the simple pleasures in life, such as, someone opening a door for you, or watching your favorite movie together. It still remains true that it’s still the thought that counts.

You’re Always Too Busy
The very fact that you’ve got your life completely stitched together portrays the conception that your schedule is completely full, and busy for the next 6 months. Portrayed is the vibe that you’re just too busy for a simple relationship.

Although it’s true that if someone really, really, needs to see you, you’ll somehow make the time for them. But just because you have mutual interests doesn’t mean that all of the prior commitments will be dropped the next time that someone wants to see you.

So when someone asks you out, and you reply, or your body language says that you’re too busy, which may be true, the perception is that it’s just an “excuse,” a brush off, which may not always be the case.

You Always Need To Be In Control
So you’re someone who doesn’t want or like to talk to someone all day long to chit-chat, gossiping. You’d just rather trade text or emails throughout the day, just because it’s a lot more efficient for you because of your busy schedule.

You don’t insist on, or like to constantly small talk when you’re not together. What you want is your own career, your own friends and family, who may presently hold a higher priority. So someone who’s constantly hounding you becomes a “puppy dog” distraction.

If you’re wanting to go out for dinner, then simply ask, don’t be aloof. There’s just too much poor advice everywhere found in magazines or online, which constantly sends out the wrong message. If you run away from them, they will just chase you down. This is the reason why there’s so many single people in the world today.

Dinner Is Always The Expected
That’s what it appears you’re expecting at the very minimum. That classic dinner on top of the revolving restaurant overlooking the mountains. But at times, the best of times can be those spontaneous accidents which doesn’t involve an intimate table for two, such as, a sporting event, improv comedy, or a game of tennis.

And The Biggest…
The biggest misconception of you smart ladies out there, is that you’re too high maintenance. What some smart women constantly do is prove just how smart they are, and it interferes with their social intelligence.

What should be realized is that just by showing your charisma, or your vulnerability, that can be just as important and attractive as proving how intelligent you are.

So the biggest question may be, are men even attracted to women who are smarter than they are. It may just be more important to portray how kind, friendly, funny, and attentive you are, rather than proving you have an MBA.

Why A Mobile Optimized Site For Your Business Is Critical