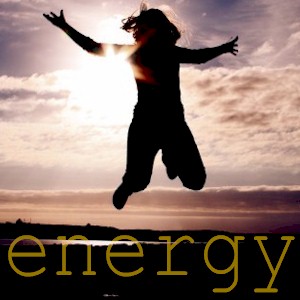 Are you tired, are you sick and tired of being tired all the time, well you’re not alone. There are just a few personal human qualities which are more highly regarded and sought after, than having more energy to do more things that you want.

What energy does is it determines our ability to be able to enjoy a better life, to shape our bodies and our minds. So as a result, there are constant suggestions of specific motion, certain herbs, more supplements, and meditation to harness more energy.

But to get more energy naturally, to feel more energetic to get more things done, basically, it’s generally thought that how you feel is controlled by a few dynamic factors which are proven to work.

The State Of Your Fitness
• Cardiovascular Fitness – The minimum amount of cardio exercise that’s recommended is considered around 20 minutes 3 times a week, this to start. If you want quicker change, then try 40 minutes 4 times a week.

Walking is considered sufficient, this provided that you remain in the “aerobic zone,” which is a level of exertion where when you’re walking, you’re not able to sing out loud, but are still able to talk.

• Body-mass Index – It’s about the unwanted weight that you pack around, which is similar to a 5lb sack of potatoes on your back. It absorbs your energy like mad. And regardless of what anyone says, there’s one basic way to lose fat, which is changing the ratio of calories consumed to the calories burned.

Generally, this requires discipline as fat loss can be a two-headed snake. If you diet but don’t bother to exercise, then your metabolism slow downs to a crawl, which denies you from losing weight.

Or, if you exercise but don’t bother eating sensibly, realize that just 1 pound of fat contains around 3500 calories, where an hour of running just burns 350 calories. So the math doesn’t work.

• Becoming As Flexible As Possible – Flexibility is often overlooked when it comes to more energy. The reason being flexibility is a measurement of tension that’s in the body. Stiff muscles in the body is similar to your car with its brakes on. Think of the extra gas that you’re burning.

That same gas is your energy, this when you have unneeded tension. What proper stretching does is it lengthens the muscles, tendons, and the ligaments, which then manages the tension better.

• Gaining More Strength – Contrary to belief, one’s strength is more in the mind than in the muscles. It’s a matter of concentration, leverage, and controlled use, more than it is the actual size of the muscle.

Physiologically, it’s just a small percentage of your muscle fibers which you can recruit at any given moment. Weight training and certain body weight exercises are excellent ways of increasing strength, which makes any physical task easier and less fatiguing.

Controlling Your Food Intake
Not to be confused with a “diet.” We all pretty much realize that most diets don’t even work, so an eating plan which is intended towards having longer term benefits represents a change in lifestyle.

• The 3:2:1 Ratio – Which consists of eating 3,2,1 of: fresh fruits and vegetables to complex carbs to lean proteins. Note that this ratio only works for those who are currently active as they need the carbs. So if you’re trying to lose fat, or are generally inactive, then try reversing the ratio of proteins and carbs.

• Drinking Enough Water – The classic recommendation which is 8 glasses a day is often debated, but the actual truth is that hunger and fatigue is actually dehydration that’s in disguise.

So what this means is the actual water, which doesn’t include soda, beer, or even milk, which contains various nutrients or chemicals, actually requires water to process it through the body. So what these beverages will do is use up as much water in your body as they do give you liquid.

Proper Adequate Rest
As a nation and culture, we don’t get enough sleep. What the average human body appears to need is 7-9 hours a night, so if you’re getting less or more, you may be having reactions to stress, which compromises your health and energy.

• Try Getting To Bed Before Midnight – Conventional wisdom states that for every hour of sleep you get before midnight, is worth two hours after midnight. Also, taking quick power naps during the day will renew your energy instantly.

• Making Your Bedroom Sacred – A place of rest and healing. Keep all your stress in the other rooms of the house. Your sleeping area should be a comfortable place of pleasure, specifically designated to pull you into the depths of dreaming.

Increasing Your Focus
Some claim that focus is the most essential tool for increasing energy, this since you’ll need to know exactly what to do with the energy you have. It appears that writing down firm goals is the key. Becoming task oriented, believing that you need to do A,B, and C, on your list.

Know that there are some who are actually afraid of having more energy, this because they think that their partners, kids, or boss will just exploit or take advantage of them.

What you need to do is activate these resources. On a daily basis, you’ll need to exercise your body, eat as responsibly as possible, get adequate rest, write down your goals along with the steps on achieving them.

What you’ll begin to do is take control of the energy reserves that you have in your body and mind, and you may even be shocked how much more active you’ll become, so just go own it.