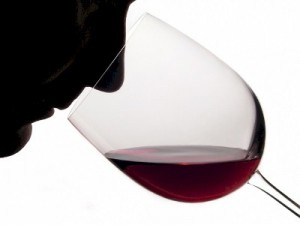 Some red wines have been proven to increase your lifespan. Resveratrol is an antioxidant which is known to give character to any red wine, but also seems to have the ability to protect one’s cell membranes while warding off certain diseases. Resveratrol appears to have a built in “genetic” switch as well, which controls how quick we age.

So please, quick, top up my glass with the Pinot Noir. Can’t just get enough of my newest health food that is red wine.

Most have long heard of what’s known as the French Paradox. What that refers to is the ability of the French people to be able to linger at their favorite café, consuming considerable amounts of extremely fat-laden cheeses while sipping wine and living to tell the tale. And it’s been long suspected that drinking red wine in particular has something to do with it.

Natural Antioxidants
Over the past few years, there has been attention that has been placed on the naturally occurring compounds which are found in red grapes as well as other fruits and vegetables which are able to function as extremely potent antioxidants.

So far, scientists and researchers have identified at least 6,000 different kinds of antioxidants derived from various natural sources. Generally, most antioxidants reside in the pigments of fruits and vegetables, and it’s been determined that the more colorful the food is, the richer that it’s in antioxidant content.

What makes these antioxidants extremely interesting is their ability to be able to prevent damage to the cells of the body as well as preventing the aging process in most of the organs throughout the body, particularly the heart and the brain.

The Workings Of Antioxidants
Antioxidants perform their duty in the body by being able to disarm cell-damaging free radicals. These are the reactive rogue molecules of oxygen which damages the membrane that covers the DNA containing the cell’s basic operating protocol. These free radicals are implicated for heart disease since they will oxidize the “bad” cholesterol, which leads to the hardened of the arteries.

By damaging the genetic machination of cells, these free radicals also are known to contribute towards the development of a number of degenerative conditions and diseases including Parkinson’s and heart disease. Free radicals will enter our body through excess pollution, bad fried foods and from the normal metabolic process of the body.

Of the 6,000 or so antioxidants which has been identified thus far, approximately 4,000 of them belong to a class of substances which are known as polyphenols. The most potent of these polyphenols have been found in green tea, apples, natural cocoa and pomegranates.

But the best, the most pure and superior of them may just be the polyphenol which are found in the skin of certain red grapes, known as resveratrol. Resveratrol is not only one of a few select antioxidants which is known to give red wine its character, but it also has other uniquely special properties as well.

Resveratrol has been found to have the ability to be able to protect the cell membranes to ward off disease, even certain cancers. Also, according to information recently released, it has the ability to regulate our aging process as well.

Resveratrol As A Premier Antioxidant
Resveratrol is also found in other natural foods such as eucalyptus, lily plants, peanuts and mulberries just to list a few. But the most abundant and potent natural source is from the red grape. Its presence is found in the vines, its roots, seeds and the stalks of grapes, while its highest concentration being in the skin.

What’s directly derived from the skin of the red grape is how wine gets its deep dark rich red color. The amount of resveratrol in wine can also vary considerably, and that’s related to how long the grape skins are present during the wine making fermentation process.

The concentration of resveratrol is also significantly higher in red wine than in white wine, this because the skins are removed earlier during the white wine making production process.

What may be the most interesting part is that the presence of resveratrol during its growth plays an integral part in the actual plant’s defense system, guarding it against disease as well as drought. Resveratrol protects and then responds to certain external adversities during the growing process, such as the growth of fungus, which is a common problem in the cooler grape growing regions.

The grapes as a result, which are grown in cooler climates will naturally have higher more potent concentrations of resveratrol in them. The plants which especially had to endure extremely harsh environmental conditions, such as unusually dry weather, seems to have more superb levels of resveratrol than the grapes which were coddled in favorable conditions.

Best Resveratrol Concentration In Wines
Not too long ago, researchers found that the wines from the northern climes had the highest amounts of resveratrol concentration when compared with wines from warmer regions.

Pinot noir for example, consistently outdid merlot and cabernet wines in higher resveratrol presence. It should also be noted that the amount of resveratrol content of any wine varies from varietal to varietal and from vintage to vintage as well, this depending on the local weather and growing conditions for that particular season.

Researchers has found that the red wines found in the traditional grape growing regions with harsh growing conditions, such as Chile, Spain, Australia and Argentina, are found to contain more resveratrol than the wines which were produced where the grapes are not highly stressed or dehydrated.

So the general principle may be at work here. “What doesn’t kill you makes you stronger.” It takes a certain amount of hardship and difficulty to be able to bring out the best in the grape. The same perhaps is also most likely true for the people who produce and drink the wine as well.

Stop Spending So Much Cure Your Chronic Buying Impulses Now