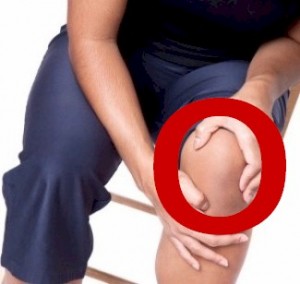 There’s this ongoing debate among those who are in the health field, to active joggers, and within the medical industry, that running is bad for your joints. It’s thought that the stress promotes the onset of arthritis much sooner as we age.

The theory being that what we’re doing is wearing out our bodies quicker from the continual pounding from the thousands of pounds of forced pressure once the foot strikes the pavement. This is obviously an occupational hazard of this form of exercise.

The most common form of arthritis that’s associated with this type of damage is osteoarthritis, which is a painful and debilitating disease that involves the degeneration of all the weight-bearing joints, including the back, hips, knees, and ankles.

Arthritis is also thought to be elevated with the constant impact of exercise and physical activity. There are those who believe that because of the continuous “wear and tear” when it comes to jogging, that we’re just accelerating the risks.

Experts in bio-mechanic fundamentals at one time believed that the body does indeed deteriorate with age, and because of the pounding of the lower limbs during the running process, it becomes an inevitable degeneration process that the joints would wear down more quickly.

Wear And Tear And Muscle Dysfunction
Most runners may ask themselves, “Should I be worried about osteoarthritis?” The reason being for a while now, researchers have suggested there may be a direct link to it when doing extreme exercising.

There’s also the fact that osteoarthritis accounts for close to 90% percent of all knee and hip replacement surgeries, so it behooves one to understand more when it comes to this ailment.

In addition, the cost for treating arthritis on an annual basis, including all of its complications as well as disabilities from the disease costs over $65 billion annually.

Osteoarthritis is quickly becoming an epidemic in modern society. What needs to be dispelled, however, are all the myths while understanding the very nature of this disease.

The majority of health professionals believe that the major cause of primary osteoarthritis is actually because of the actual wear and tear grinding, which is the gradual thinning out of the articular cartilage.

This is derived from the repeated weight-bearing activities which are constantly placed directly on the major joints. The theory being that osteoarthritis may be worsened by physical activity. It wasn’t until recently, however, that this came under scrutiny.

Osteoarthritis Not Caused By Excess Activity
This because properly contracting muscles act as major shock absorbers for these joints, and muscle dysfunction happens to be the most crucial mediating factors when it comes to causing osteoarthritis, and not wear and tear from excess overuse.

So because of this, it’s thought that exercises such as jogging or aerobics doesn’t actually increase the likelihood of developing osteoarthritis, nor does it worsen it after it’s onset. The reason being that exercise will generally build and improve one’s muscle function.

The Basics Of Joint Damage Reexamined
It appears that the scientific and medical community is slowly but surely beginning to support that doing regular impact based exercises doesn’t actually increase the risk of osteoarthritis as once thought.

This is based on the actual principles when it comes to the pounding of the joints. The original thinking being that the thinning of the articular cartilage, which is the smooth glistening white tissue which covers the surface of the joints, is the first sign of osteoarthritis.

However, it’s found this isn’t the case. It’s believed that the cause may actually be bone sclerosis, which is the thickening of the end of the bone, which is the first sign.

What this suggests is that running might even actually offer a protective effect. This because although the bone does provide some of the shock absorption, the muscle surrounding it is the major absorber of the force.

What this research leads to is that once the muscles aren’t working as ideally as possible, the bone then becomes the principal force absorber, and isn’t able to absorb all of the impact the way that it was designed to.

The bone as a result begins to thicken, this to compensate for the increase in demand, resulting in sclerosis. What bone sclerosis signifies is the first sign of a breakdown, resulting in the thinning of the articular cartilage, and not occurring until there’s further advanced degeneration.

Steps To Running Without Injury
We now know that running itself doesn’t cause the joints to deteriorate to shreds, and causes you to suffer from arthritis in your senior years.

• All new runners should orientate their body when initially beginning a running program. A physical checkup and assessment by your family doctor should be done as well
• Prevent potential injuries by evaluating your ability to run. Is a 5K run realistic for you. How far fetched is a marathon. Taking on too much, too quick, with the improper shoes, leads towards bad running form and injury
• Develop the proper running stride. Have a running analysis completed by a fitness expert who’s knowledgeable in running styles and bio-mechanical analysis. This will also give you a basic understanding of the proper mechanics of running. Learn proper stretching and leg strengthening techniques which are specific for your body type
• Properly rehabilitate your injuries. Get the right treatment, as studies show that if you don’t fully heal or fix your injuries, we’ll continue to run on weak muscles using improper mechanics. The end result being we compensating our running technique to favor the injury.
• Listen to what your body’s saying. Your body is constantly telling you how it feels and you need to listen. So modify your training to adopt healthy techniques to prevent inefficient running, thus avoiding injury. Cross-training also helps, such as swimming or biking, which are excellent ways to keep up your endurance levels high with less load on the joints.

Running Causes Deterioration Is A Myth
Most are now dispelling the thinking that running wears out our joint connections in our ankles, knees, and hips. The biggest culprit of joint pain is running improperly using poor technique.

Another reason is that the muscles in our body are not working effectively as they should be for a number of reasons. The biggest being running while injured.

There are numerous runners who make it appear like it’s a painful onerous activity to run on a daily basis. What they’re doing is running towards injury, or potential osteoarthritis in their later years.