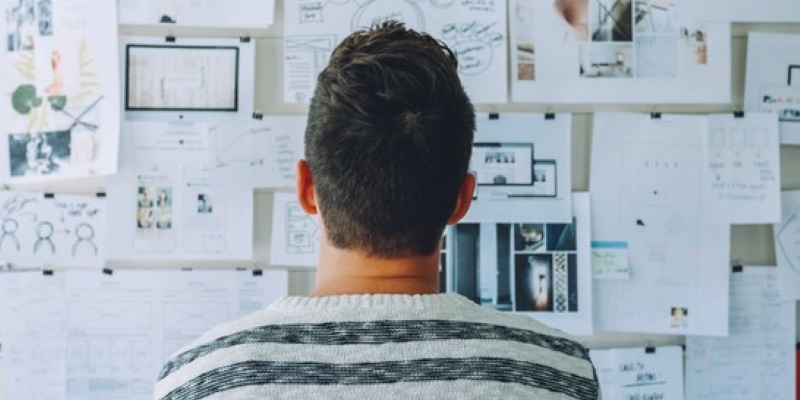 As we grow older with time, what accumulates are a series of life events which are known as experiences. These experiences, good or bad are all categorized and stored in the back of our dark moody minds.

As a result, we get superstitious, have likes and dislikes, become scared the experiences we’ve previously had, can at times come back and bite us.

The alarm doesn’t always go off, you drive around aimlessly looking for a parking spot when in a rush, you spill coffee on your new white shirt.

You lose your job the same day you get dumped by your partner, while rushing your dog to the vet, as you come down with the flu.

Are they just random life events. Are there unknown mystical forces threatening to come back and haunt you?

Some claim it’s the residue of karma, that a greater unknown force is governing over you, and life will eventually balance itself out.

Yet we feel cursed, profiled, thinking we have bad luck.

Are all these abnormal life events just coincidence, or perhaps maybe not.

Is destiny and fate something you can control.

It’s Not About You

At last check, there are now over seven billion humans on earth.

Social experts claim the average human mind thinks between 60,000 to 80,000 thoughts every day.

No one knows the exact trillions of living pets, mammals, animals, insects and other lifeforms that inhabits both land and the oceans.

So every day, there’s seven billion different days, life events that are experienced by every human on this earth.

Every day, seven billion inhabitants can potentially experience the worst or best day of their life, the most improbable odd day.

Every day, we do our own thing, lead our own lives, view the lens that is life differently than anyone else.

Yet You’re Not That Special

Say you live until you’re 90 years old. That’s around 30,000 days of waking up, experiencing life, then going back to sleep.

You would have to think that for a few of those days, life will be improbable, odd, supernatural, that you’ve been picked on.

The statistics can become staggering and drastically imperceptive, get out of hand.

So calculate that with seven billion people on earth, and multiply that with the average life span of humans, which is now 71 years.

Imagine the variety of improbable events that can happen during ones lifetime, which are in the millions.

One such extraordinary life event today, will occur to someone randomly somewhere on earth, such as they winning the lottery.

Why Does Good And Bad Things Happen Randomly

For no apparent reason life happens, as the improbable can suddenly conspire against anyone.

It can become mind boggling how impossibly or ridiculously good or bad, any given day can get.

Yet life continues the very next day, and for the rest of our lives.

There are some who are expecting to get punished for being a bad person, for they have sinned, yet good fortune graces them.

Lady luck shines on them, all while expecting bad luck and doom.

Some are convinced it’s their fault or wrongdoing, and the reason why “karma” is striking back at them, not realizing it may just be a freak of nature occurrence.

The improbable occurs to some people more often than it should, such as stories of some winning the lottery multiple times.

The skeptics then wonder if there’s something more than chance or luck, that’s at play.

Some will claim it’s destiny, or aliens, or government coverups and conspiracies, that makes certain people’s lives weird.

That there’s something crooked happening behind the scenes, and we’re all puppets.

Throw Of A Dice

We’re all familiar with the 6 sided dice, numbered 1 through 6, which is the featured device in games of chance.

To roll a “3,” statistically, it should occur once every six throws.

But if someone happens to throw a “3” five out of six times, then we know it’s no longer just fair honest odds.

Something is not right.

Most likely, what someone did was “loaded” the dice, this to land on the 3 more often, or luck is a lady tonight.

If someone rolled the dice fifty times, and it never landed on the “3” once, everyone would get suspicious.

If someone rolled it another hundred times and never rolled a “3,” then everyone would definitely know it was rigged, and fair odds is no longer at play.

What we expect is chance or crazy coincidences to happen a certain number of times, to be acceptable and normal.

If it occurs more often than it should, or happens less, we can then assume it’s no longer fair.

That something or someone is affecting the outcome of the event.

One In A Million

Say you’re given a one in a million chance, of contracting a rare virus and surviving it.

What that means is it’s going to occur once every 1,000,000 times, to the unfortunate human.

Most won’t think it was “destiny” why that person survived.

What 1 out of a million means, is that the odds of someone surviving are extremely, extremely minimal.

Yet we hear stories of people that do survive.

What we then hear are the testimonials of a miracle cure, or prayer, or other forms of personal or spiritual intervention.

What we don’t hear or care about, are the others who contracted the rare disease and also prayed, but wasn’t cured.

All we hear about is just the one miraculous case, where someone drank a tonic and was suddenly healed.

Was it because of some divine intervention, or did they just beat the 1 in million odds.

The Odds Of Something Happening

We at times expect life on occasion to become crazy, distorted, unnatural and absurd.

It bends the rules of normalcy, of chance, and we are stunned.

Life can become zany as it spins out of control.

This is in the hopes this one-in-in-a-million inaccuracy, might eventually happen in your life one day.

So the next time you hear of some unfathomable “miracle” occurring, this to someone or to you, just remember they do happen.

Do you peg that on luck?

That someone somewhere on this earth, beat the odds and won.

The Principles Of Yin-Yang In Our Modern Day