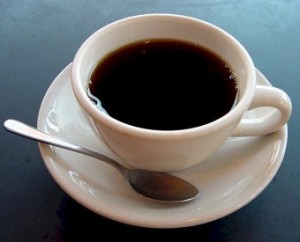 Whenever we’re forced to go down to the local mall and eat at the food fair, it can at times be an adventure. But it’s fast, somewhat edible and offers cuisine from around the world, this usually at reasonable prices. It’s the poor mans buffet, an absolute smorgasbord of dining experiences which are instantly delivered on a paper plate and a plastic tray.

Nothing’s more exciting when for your next dinner, you look forward to sampling the vast selection and the delicate mixtures and aromas of fast fried food, which can contain a weeks worth of the recommended sugar and salt intake.

In response to this, our brains will immediately inject our body with an overdose of dopamine laced euphoria. Whatever rush that our body felt from eating the fast food however, will usually come back down to earth with a “thud,” as our mood will regulate back to normal.

Once the wax paper wrapped meal is consumed, we can actually feel the sense of the deposition of all those fat molecules that we just ate. We can sense it entering and adding to our fat cell count directly on our belly. The fat will usually park itself around our waists.

Then we suddenly begin to feel a little unsettled while simultaneously grateful as we quickly exit the food fair, where there are usually more people entering than exiting. The good news however is that it may be time for a hot cup of fresh coffee. That will make us feel better, right?

What Pure Coffee Contains
What coffee contains in its purest natural form are actually a lot of healthy chemicals such as magnesium, niacin and potassium, along with a host of beneficial antioxidants, all which are good for our body.

One of the biggest problems of documenting the health benefits of caffeine consumption however is it can’t be regulated accurately because of our complex diets. It’s been a tradition that in the past, the majority of coffee drinkers also smoked cigarettes for instance.

Also, while not attempting to generalize, coffee drinkers will traditionally consume a few more calories with their meals by eating the wrong types of food, while eating less fruit and vegetables. Coffee drinkers as a group will also usually lead more sedentary laid back lifestyles than those who drink tea for instance.

Known Health Benefits Of Drinking Coffee
What drinking coffee does is it lowers the uric acid levels in our blood stream. Eliminating uric acid is important since it’s proven to be a risk for cardiovascular disease, while also lowering the risk of Type 2 diabetes along with a few cancers.

What matters is how the coffee is prepared. Boiled coffee rather than filtered coffee increases the serum levels of the unwanted “bad” cholesterol known as LDL, and does so without increasing the levels of the good cholesterol HDL.

So through the constituents of coffee, it may potentially alter how we metabolize as well as distribute our fat, particularly removing unwanted belly fat. So the question is, can drinking a cup of joe actually remove fat from the tummy. A recent study attempted to solve this question.

Can Coffee Reduce Belly Fat
The test was conducted on obese rats who were also diabetic. They were given doses of pure caffeine for up to twenty four weeks. During this test period, the ability for them to regulate their blood sugar as well as insulin levels actually improved. The levels of cholesterol in their blood stream however increased significantly.

The rats were placed on the “Food Fair” type of diet, foods which were high in fat and carbohydrates. They all developed symptoms of what’s known as “metabolic syndrome,” which has characteristics of hypertension, obesity, cardiovascular damage, poor glucose tolerance, raised blood and fatty liver lipids.

The daily caffeine intake, which was equivalent to as much as 5 cups of regularly brewed coffee on a daily basis, produced significant benefits in these rats by actually improving their overall health, particularly in their cardiovascular system.

Adding caffeine into their system also lowered their blood pressure while improving their liver function and their glucose tolerance. The contractions of their heart muscle also improved, which resembled hypertrophy, which is often seen in athletes where their heart becomes a lot more efficient.

The problem however, as previously hoped, was that their abdominal obesity, better known as belly fat, as well as elevated triglyceride levels were relatively unaffected.

The researchers concluded that applying these different patterns may explain why drinking coffee doesn’t directly affect obesity levels. Drinking coffee, while it does offer health benefits, unfortunately reducing belly fat isn’t one of them.

How To Make That Favorable First Impression On Someone