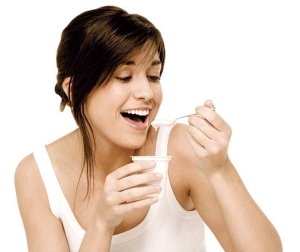 There has been a lot of interest lately in what and how Probiotics can help enhance our diets. So as a result, the food and health industry has taken full advantage of this. They have placed this latest nutritional supplement in specialized drinks, cheese, milk and yogurts, just to mention a few sources.

The actual word and definition of probiotic is derived from the Greek term: “pro” which means promote and “biotic” which means life. So probiotics, which promotes life, is excellent as a dietary supplement as it contains the “good” bacteria which naturally occurs in the human intestines. This is the good bacteria which is extremely beneficial to ones health.

These “Good” Bacterias Are Hard Workers
What the “good” bacteria does is it will colonize our intestinal tracts as well as play a key role in maintaining our nutritional status which affects our immune functions. It also reduces the risk of cancer, improves our cholesterol metabolism and reduces the toxic load while slowing down the aging process.

Some may argue to there is too much credit that’s given to probiotics in terms of the benefits that it suggests, but the latest research seems to support these health claims.

To be able to fully understand why probiotics are given so much credit, what needs to be known is that maintaining a well-balanced digestive system is absolutely one of the most critical components of a healthy body.

Once the food that we eat is broken down and digested in the small intestines of the stomach, it will then be absorbed into the bloodstream, so it can then be utilized and distributed throughout the body.

If there happens to be an imbalance of the beneficial “good” bacteria which resides in the digestive tract, that can potentially disrupt this bodily process, which can then eventually lead to problems anywhere from acute, to minor, to serious or chronic stomach problems.

The Challenges That The Bacteria Faces
The damage will usually begin with impaired digestion, which can lead to a reduction or shortage in the beneficial bacteria. This then can culminate in direct injury to what’s known as the mucosal gut barrier, where the gut lining becomes porous and eventually begins to leak. This will eventually allow large molecules to be able to enter into circulation which can potentially cause auto-immune reactions.

This damage can also be derived by the use of antibiotics. For instance, women who may be placed on antibiotics can potentially develop yeast infections. This is due to the antibiotics not being able to get rid of the resident “bad” bugs, while eliminating some or all of the beneficial “good” bacteria which is in the digestive tract. The end result is an improper balance of micro-organisms which allows for the proliferation of yeast as well as the other “bad” bugs.

How To Achieve The Proper Balance
There is new research which supports that the population or the amount of the good bacteria which is in our digestive tracts are often not high or abundant enough to maintain optimal health.

So what we need to do to ensure better health, is for us to elevate or increase the levels of probiotics in our tracts, thus preventing digestive problems. It’s recommended that we take probiotic nutrients as supplements to increase this value.

So because of this, the popularity and buzz of probiotics has significantly increased over the past decade or so. But there’s still some general confusion regarding the best type of bacteria to be taken, as well as at what dosage.

Although there are close to over 400 different species of known microflora which can colonize in our stomachs, the most important and healthiest strains of this “good” bacteria are Bifidobacterium and Lactobacillus.

Recommended Dosage Of Probotics
What probiotics are able to do is it can replicate themselves quickly once they get into the digestive tract, so counts of anywhere from 1 to 10 billion are quite ample.

The Stability Of The Probiotic
What may be more important than the label dosage is the stability of the probiotic itself, and its ability to be able to bypass the acid in the stomach.

A recent evaluation of probiotic supplements found that the majority of them contained up to 50% percent fewer living bacteria than what was actually claimed on their labels.

Getting The Proper Effectiveness
Once these researchers simulated the exact acid stomach environment, they found out that the majority of the liquid or regular Probiotics capsule products which were found on the market shelves, provided just 10% percent of the living bacteria which were claimed on their labels.

So when choosing the right probiotics, look for the stability as well as the ability for the product to be able to bypass the stomach acid in order for it to get to the intended targeted area. Getting the probiotic into the proper intended place in the stomach is the determining factor and their ultimate success.

Getting The Proper Probiotic Dosage
The majority of the known foods such as miso, kefir, yogurt, certain juices, milk and soy products already either contain this friendly bacteria or will have the probiotics added. However, to be able to receive the proper measurable as well as consistent dosage, taking supplements are the best.

For maintaining general health as well as maintenance, most adults should choose a supplement which contains anywhere from 2 to 10 billion active cultures. Taking probiotics supplements in addition to eating the proper healthy foods which are known to contain the friendly bacteria is what’s recommended for the majority of healthy adults.

Daily doses in the 100’s of billions has been administered to those adults who has specific health complaints, all without any adverse effects. For infants and young children, it’s recommended that you consult with your health care practitioner for the appropriate recommendations.