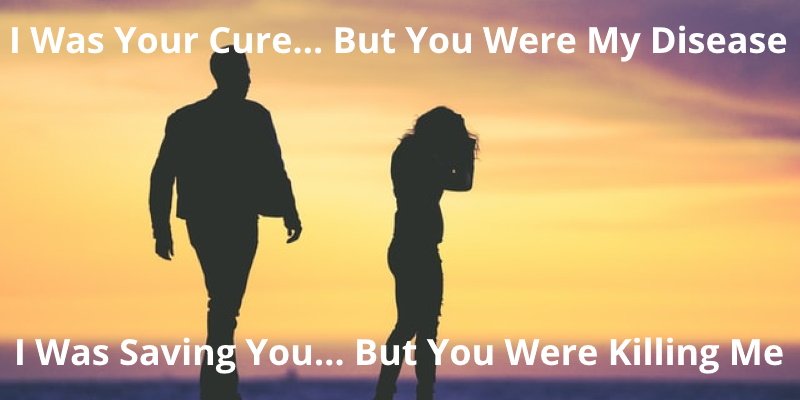 The definition of toxic, is the containment of a poisonous material capable of causing serious debilitation. The word is more commonly used in industry, such as to describe hazardous chemicals. It can also be used to describe people, their body, mind, and relationships.

Most of us at one time or another, have been involved in a toxic relationship in our lives.

We’ve been involved in the company of others, who didn’t act or care for the greater good of anyone, other than themselves.

Toxicity can be found in a variety of forms in humans. Lying, cheating, gossiping, all which creates turmoil. The end result is always an unhealthy tilted relationship.

What toxic relationships does is damages morale, leaving long term effects for those involved. The key becomes first recognizing the signs of toxicity.

The nature of relationships is it’s a two-way street, which involves helping one other out unconditionally through thick and thin.

This without the expectation of getting anything back in return, except for a reciprocal helping hand when the tables are turned.

Say for instance you lend your car to a friend, only to get it back with an empty tank of gas and a dent on the fender.

Or helping a co-worker with a project which gets them a promotion, and they show no gratitude towards you whatsoever.

These are the types of toxicity which cause the breakdown of trust or creates self-esteem issues.

We humans are social beings who thrives on companionship, and will deteriorate once we become lonely.

So we seek out any and all types of relationships, one’s which can potentially turn out toxic, resulting in conflict.

How can we avoid these toxic relationships, or better yet, how can we fix them. Should we just walk away.

When determining a toxic friendship or relationship, look at the characteristics of the person showing certain behaviors.

Take a step back and view the person’s life, to get a better picture of this individual.

How Do They Treat Others

How does this person treat others closest to them. Is there constant conflict.

Do they treat or speak badly about their family members, display disrespect or aggression toward their parents, siblings, or their closest friends.

If there’s conflict, then you may want to step back and gain insight, and re-evaluate the importance of this relationship.

The best decision might be to just walk away or avoid them, if the person lacks insight and not willing to change.

How Do They Deal With Conflict

Most avoid conflict. It’s difficult to communicate, express your feelings and open yourself up if there’s constant disagreement.

How relationships grow is by learning to deal with and then resolving this conflict.

Once someone refuses to address issues, communicate, or apologize for their actions, then that’s a sign of toxic behavior.

The person becomes spiteful when challenged, and may even begin speaking poorly about you.

Someone who truly cares, will attempt to make amends and not sever the relationship.

Where you can learn a lot about a person’s character, is by observing how they deal with conflict.

How They Make You Feel

When you’re together, does this person constantly talk about themselves the entire time. Do they constantly put others down, or gossip about them.

When alone, do they make you feel comfortable, happy, do you feel anxiety.

Take a moment to mindfully reflect on the time you spend together, to determine how you feel.

If you feel guilt, more miserable than happy when spending this time together, then you need to set personal boundaries and protect yourself.

This isn’t being selfish, it’s rather showing self-love to yourself.

Their Past Relationship Experiences

Realize history repeats itself. Although people can change, grow and mature, it’s their past experiences which shapes them.

Does this person have close friends, do they sever relationships quickly. What happened with their past relationships.

The more guarded they are, the more toxic they usually are.

Humans can learn from their mistakes, improve and adjust themselves and their relationships. It’s more common however, that history repeats itself.

It becomes important to know this person’s past behavior, take mental notes, to determine if they’re making positive change.

Do They Make You Feel Important

Do they intentionally go out of their way to cause you or others grief, do they hurt you when you’re down. Do they trivialize issue important to you.

Do they constantly ignore your request and needs.

Do you have more stressful bad moments rather than good times when you’re with them, which are all signs of a toxic relationship.

Recognizing and admitting you’re in a toxic relationship is a difficult thing to do, as most become blinded by love or the fear of being abandoned.

They get tricked into the temporary happiness they feel, once they turn on the charm.

Most feel they’ll end up alone and lonely if they lose this relationship.

They most likely know it’s toxic and volatile, but they block it out, this for convenience sake.

Those Toxic Among Us

Some grow up in toxic environments so they don’t know any better.

Often, they will seek out the same type of toxic relationship instead of a loving one, because that’s all they know.

Familiarity breeds content and comfort, rather than contempt. It’s everyone else but them who sees the dysfunctional toxic relationship.

They’re attracted to what’s familiar, and that’s another toxic relationship, which feels normal to them. So what they do is choose to remain.

10 Ways How To Deal With The Injustices Of The World