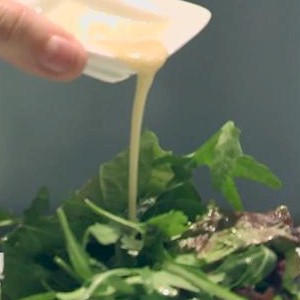 We all love the taste of sugar, it’s sweet and it jumps and pleasures our taste buds. We also know that too much is bad for us, while also being aware that “empty” calorie sugar is hiding in the cracks and crevices of almost everything that we eat.

At times, we’ll just add more sugar to what we eat ourselves, such as adding cubes of it in our coffee, sweetening a bland tasting cereal destroying its nutritional value, or getting the double caramel topping on our ice cream.

So the sweetening of everything that we consume has become an issue which affects our diets, contributing to our obesity. Obviously the biggest factor when it comes to our daily calorie count, which adds pounds and fat to our waists.

Those in North America are now ingesting a lot more sugar than they should or ever did in the past, which is estimated to be up to 4 times more than what’s recommended.

As a result, the majority of individuals are now advised to cut back on any type of sweetener, to begin choosing foods which are more naturally sweetened or completely sugar-free.

The worst consumption of sugar is what’s known as “added” sugar, as it’s hidden or disguised in the everyday foods that we eat, making it difficult to track down.

This hidden sugar is always the enemy which is present in all of the typical pleasure foods which we enjoy to satisfy our sweet tooth, the most obvious being, cakes, cookies, milk chocolate, and ice cream.

When attempting to avoid added sugar, while realizing we need to steer clear from white sugar itself, it becomes extremely difficult to know which food items actually contain too much sugar that we’re not aware of.

Favorite Unsuspecting Foods Which Contain Added Sugar
• Certain Nuts – Specifically peanuts of the honey-roasted type, as well as nuts which are candied, all contain an abundance of sugar. But the worst is thought to be the dry roasted variety of peanuts and nuts which are “seasoned,” which contain plenty of sugar.

The same goes for store bought peanut butter in a jar, as the majority will contain plenty of sugar, so you need to search for the naturally processed type which just contains peanuts.

• Yes Yogurt Does – There is hidden sugar in yogurt especially if it contains fruit. While yogurt is thought to be a completely healthy food, the majority of yogurt’s does contain added sugar in the flavoring.

So you’re better off eating plain yogurt and then adding fresh fruit such as a banana or strawberries yourself, which contains their own sugars such as fructose which are natural.

• Bottled Salad Dressing – Salad topping sounds like a tasty way of jazzing up your salads for a healthy meal, right? Well not really, if you’re attempting to cut back on sugar.

The majority of them contain added sugar. Be especially wary of the one’s which are labelled as “fat-free,” as sugar is often used to replace the lost flavor once the fat content is removed.

• Store Bought Bread – Unless you’re baking the bread yourself, the bread which you buy from the supermarket contains plenty of added sugar. The most likely and common is in the form of high fructose corn syrup.

Also, just because the label happens to say that it’s “multi-grain,” doesn’t mean that it’s any healthier than the conventional white bread, as both have plenty of added sugar.

• Certain Deli Meats – Such as salami, as well as other cured meats like pepperoni, will often contain plenty of seasonings and preservatives and added sugar. The biggest and worst culprit being “jerky,” along with other similar dried meats, as they’re known to be laced with lots of sugar.

• Energy Bars – The prepackaged types are loaded with lots of empty calorie sugar, and is what gives them the “energy” in the energy bars. The majority of them are packed with a hefty dose of bad and unhealthy fats.

• Certain Canned Foods – There are certain canned foods such as baked beans which contain added sugar. Other unsuspecting canned foods include tomato soup, which doesn’t taste sweet whatsoever, but contains hidden sugar. Both the condensed as well as the ready-to-eat variety are both known to contain various sugars.

Know Where The Sugar Is Hiding
There is sugar which is hiding everywhere primarily to enhance the taste of the food we eat, so what needs to be done is to just cut back on its intake. To begin with, you need to read and then scrutinize the ingredients on the labels.

These ingredients will not be listed as sweet or sugary, which doesn’t make them sugar free. It becomes important to know and understand all of the different names which represents “sugar,” such as corn or glucose syrup, or sucrose. Begin by making a list so that you can recognize them once you see them.

It might take a bit of research but if you’re wanting to reduce the intake of added sugar, you need to know where they’re hiding, so you can then replace them with healthier alternatives.

How To Attract More Money By Manifesting The Power Of Belief