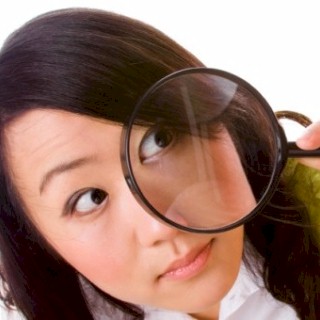 We can pick our friends, but not our relatives or coworkers. What’s most annoying, is dealing with those who are constantly critical. You know who they are, and try to avoid them. What they do is offer unsolicited advice, pass judgment, and are negative and impossible to please.

We can all at times, be critical ourselves. It’s human nature to critique almost everything, this usually in the hopes that things will get better. So we constantly judge everything around us, either consciously or subconsciously. Unfortunately, there are some who will verbalize their thoughts outward, which should be kept quit.

Once things don’t go our way, or we happen to be in a bad mood, is when it becomes easy to be critical. Those who are miserable, prefers miserable company.

Those who are critical, feels better when around others who also shares the same negative attitudes. Most however, prefer to react positively, which requires needing to cope with those who has critical viewpoints, as we battle to keep our emotions under control.

At times, it can become challenging to deal with those who constantly complain, such as a parent, relative, or coworker, especially when we need to deal with them daily.

Understand What Motivates Critical People
Those who are hurting inside, tends to hurt others. Those who constantly complains, were usually criticized as children, and as a result didn’t develop a sense of healthy identity or security, because it was clouded by constant judgement.

What they have is a low opinion of themselves, and because of this lack of self-esteem, they consequently feel their best, when attempting to achieve unrealistic standards that they set for themselves or others.

Critics are often motivated by the need to feel better about themselves, this by putting others down. Understanding their motivation, does is helps develop empathy and compassion towards them.

Listen To Their Cry For Help
Although those who are critical often lack discipline, diplomacy, and tact, what they’re also capable of doing is analyzing those around them, as well as situations accurately.

You may just be tempted to discount what you hear, but listen carefully to what they’re saying, especially if they’re a loved one. There’s often plenty of valuable information, that’s underneath the sharp edges of their message.

How To Effectively Confront The Critic
It’s never easy to confront interpersonal problems, but it’s usually the best approach. Be willing to tell those who constantly complain, how you feel about the way they interact with you.

Doing so won’t guarantee any change, but expressing your thoughts and feelings, does is places you in a better position to manage your own behavior and emotions.

What expressing yourself emotionally does, is decreases your chances of growing embittered, and doing or saying something you’ll regret.

Focus On The Truth Not The Criticism
If someone happens to put you down, fight the temptation to dwell on the criticism. If there is something you can learn from the message, then do so and then move on.

So instead of ruminating on the bitter remark or the negative comment, choose to accept it as being constructive, and how it can help you to maximize your potential.

Be Careful What You Share
It’s never a good idea to share personal or vital information, with those who are critical regarding yourself or anyone else. Providing such information, does is just gives them additional arsenal.

What critical people often tend to do, is take classified information and take them out of context, or they’ll misinterpret or exaggerate the information, while placing a negative spin on it. Learn how to discern what you reveal. When in doubt, don’t share.

Don’t Begin Criticizing Others
It can be easy to be seduced into criticizing others, when you’ happen to be around someone who’s constantly critical themselves, or complains a lot.

Joining in on the criticism only serves to legitimize their behavior, and then the transition into gossiping isn’t far behind. The criticism may currently be about someone else, but eventually it may be directed towards you.

Limit Your Time Spent With Critical People
If you can’t avoid someone who constantly criticizes, then learn to limit the time that you spend with them. This obviously can be difficult to do, if they happen to be a coworker, parent, spouse, or boss.

It’s in your best interest, to let the person know that your level of interaction with them, will be based on their willingness to communicate in a constructive and appropriate manner.

Discuss with them if possible, their tendency to constantly complain or criticize, and make them aware.

Control Your Response To Those Who Are Critical
Make sure that you pay close attention, to how you respond to their criticism. If you tend to instinctively react with anger, or are hurt or intimidated, then what you’re doing is encouraging their behavior.

Those who are critical, are often motivated to behave the way that they do, because of the response that they trigger in others. Once you learn not to overreact, is when they’re likely to move on to someone else.

Try Understanding Their Needs
The emotional “gas tank” of someone who’s critical, is often low. Criticism is often an outward expression of an inward need, to be heard or feel worthwhile and significant.

So it’s no surprise that by giving them a sincere compliment, congratulations, or demonstrating empathy and concern, can improve your relationship. Those who are conscientious, won’t mistreat others.

Even if they’re making progress, maintain realistic expectations, as those who criticize, won’t change overnight.

They’re likely to revert back to their old ways from time to time, this especially when stressed. Realistic expectations, will help guide your interactions with them, for a healthier relationship.

Understanding The Military Grade Cryptology That Is Bitcoin