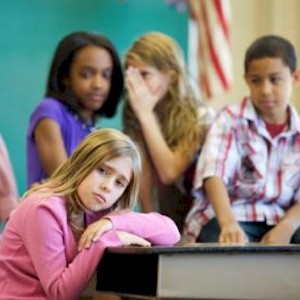 Our excuses are usually, “I should have” “I could have” “I would have” these the words spoken once we fail to achieve something, once we surrender, fail a task. Instead, we should be conducting our lives with do and don’t, will and can. This by taking charge of our lives.

Our lives are completely up to us, it’s our right as individuals. We’re the ones who are in control, whether we decide to take that responsibility or not. So the question remains, are we going to live our lives by accident, by default, or have a plan, a path, a purpose to follow.

Where we end up in life is where we want to be, this by intent or by accident. We either blame others, external forces, fate, for the place where we are, or we decide to take charge and then define, by our own choice, who we are, what we’re doing and where we’re going.

Is the interior of your life a mishmash of badly uncoordinated elements, or have you found your own style, creating a life of purpose and achievement. This begins with finding what your passion and purpose in life is. If you don’t live your own life, then you’ll be impersonating someone else.

You Need To Get There
The majority of upbringings aren’t perfect, you’re not alone, there’s usually some type of dysfunction that’s rampant in most families. So don’t complain about that, life isn’t perfect, it can be difficult.

Perhaps dad wasn’t home a lot, and mom was vacant emotionally. They may of separated, or stayed together for the sake of appearances, living in angst and agony. Under these trying circumstances, is when children begin developing an early sense of independence, take on responsibility at a young age.

What most think is that their life is dictated by external forces, and don’t realize that it’s about their internal dynamics. Most go on to claiming that life isn’t fair, everything that happens to them isn’t their fault, that they’re not in charge. This is a bunch of bull.

You will advance in life once you realize that everything is about going forward, steady but surely in the direction of your dreams, and not conforming to someone else. This should be a visceral experience and not a vicarious one.

The Legacy That You Create
What’s extraordinary about belief is that there are some individuals, children at a young age who know exactly what they’re going to do, to be, this path decision is decided early in their lives, one that they follow.

There are instance of children who are still in early grade school, who believes that they’ve already chosen their career path, who they want to become, and then soon after, the genius in them propels them to the path of their destiny.

They’re granted special status and become proteges in what they achieve. Their grades are superior as they work towards their set purpose in life, following their passion. There’s just a select few of these individuals who knows what they want, what sets them on fire.

Temporary Roadblocks And Detours
There will always be obstacles which will be endured, challenges and unforeseen crises, but what’s persevered is the vision and the wisdom of expecting these setbacks. They quietly take them in stride.

They never complain or lose focus of their goals. What they see in these setbacks are lessons learned, they are temporary detours and another opportunity for a new experience.

Not everyone could weather these battles, the storms of life, the career crisis, and overcome them. These however are the same battles that these select overachievers face, and have the fortitude to overcome them.

They also struggle through life, they’re faced with the same barriers as we mortals. They face the same hardships of juggling life, getting ill, but they overcome everything that they face without losing their focus.

They never let on the struggles that they’re facing, as they know they too will pass, and they will somehow succeed and be better for it. They know that it’s in their perception and their processing of what their realities are. So once we change these ourselves, then we can change our own world.

Going Through The Culture Shock
Being academically gifted makes them an outcast, they bent on making straight A’s doesn’t include them in the hip “in” crowd. They are super square in a round hole that is their peers.

So it makes best sense to them to pursue, excel in the best education that they can get, as that’s what they’re good at. Being stationed away from the crowd doesn’t even bother them, as they’re extremely independent to begin with.

What they experience is similar to going through culture shock without leaving the country. What they create is a division from the others. They can’t be bothered to wear the same clothes, speak the same lingo, or understand their lifestyles. They don’t fit in, not even close, but they don’t care.

Although it may of been a painful experience at times, made more so by being labeled as an outcast, this for just being themselves, but they got through it with flying colors, they make the honor roll in every category.

A directed focus on a strict career with post secondary training was what they had their sights on. This propelling their life towards greatness and everything beyond that, which becomes secondary and predictable to them.

Their advice is to plan a strategy, get the timing right, and then take calculated risks. Then ready yourself for all the opportunities which will appear. Just make sure that your ready.

Getting The Best Results From Your Facebook Advertising Efforts