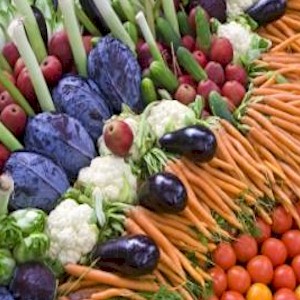 You are what you eat, they say. Food is the final lifeline for our existence, so what we ingest, the healthier it is the better. Proper whole foods is also vitally important to reduce Inflammation in our body once injured.

What these foods are able to do is fight off unwanted inflammation while enhancing cell regeneration because of the quality of food. There are excellent whole food products along with recipes which contain the valuable nutrients which helps in reducing this unwanted swelling.

This is important because of how quickly the human body is able to regenerate itself. For instance, the entire red blood cells in the body is replaced once every 4 months, the skin once every 30 days, the lining in the small intestine once every 7 days. On a daily basis, our bodies are able to turn over up to 60 billion cells.

You Really Are What You Eat
So through the exact food choices that we choose, it’s up to us to decide how we replace these cells which will become either dynamic or dysfunctional. The quality of these cells depends on the building materials which are made available, which is the quality of food.

When eating more anti-inflammatory based foods, these newly formed cells are actually a lot stronger as well as healthier than the old cells which they’re replacing.

Obstacles Faced When It Comes To Cell Regeneration
When a body part is somehow injured, internally or externally, inflammation is always the response. This could be from irritation, infection, injury, or imbalance, which can cause symptoms of soreness, redness, swelling, heat, or loss of bodily function.

What needs to be done is immediately: resolve the infection, remove the irritation, or correct the hormonal imbalance, this to reduce the potential destruction of cells.

The best possible resolve is adopting an anti-inflammatory diet which is focused on phytonutrients which are found in fresh fruits and vegetables. What’s also required are amino acids and essential fatty acids which are found plentiful in a variety of foods, from seeds to seafood.

Eating The Colors Of The Rainbow
True cell regeneration will occur by concentrating on eating the colors of the rainbow. Orange pigment, such as beta carotene which is found in squash, carrots, and yams, will convert into vitamin A, which is essentially vital for the healing the of gastrointestinal tract along with the lungs and skin.

The green group of foods which includes green beans and asparagus are always high in vitamin B complex, which increases the absorption of omega-3 which nourishes the nervous system and balances the hormones.

The majority of red based foods are often rich in vitamin C, and are found in a variety of berries to purple cabbage, are critical for producing collagen, which is the the protein that repairs the joints and bones.

The Top Foods For Reducing Inflammation

A For Apples
What apples specifically contain is calcium D-glucarate, which is a phytochemical that improves liver detoxification while regulating estrogen balance by increasing glucuronidation.

A For Asparagus
What asparagus does is it boosts levels of glutathione which is an extremely powerful antioxidant that will ramp up the immune system. It also fights off invading pathogens which are known as the underlying cause of inflammation.

B For Berries
Eating the different varieties of berries helps in building one of the body’s most powerful antioxidants, which is superoxide dismutase (SOD). What SOD does is it reduces the oxidative stress in our bodies, which is a key factor in liver function. Most berries are also rich in flavonoids which are known to reduce inflammation while repairing cellular damage.

B For Broccoli
Broccoli is extremely rich in sulphoraphane, which is a chemical that will naturally increase the levels of active phase 2 enzymes found in the liver. What that does is it neutralizes the harmful toxins that we breathe. Furthermore, most of the cruciferous vegetables contain an unique molecule which is known as indole-3-carbinol, which is known to reduce inflammatory intermediates found in the blood.

G For Ginger
How the ginger root is beneficial is that it reduces inflammation in the body by being able to lower the effects of arachidonic acid, which is a physiologically necessary fat that’s responsible for triggering inflammation.

M For Mushrooms
The known medicinal mushrooms, which are, cordyceps, shiitake, and maiitake, are extremely high in polyphenol nutrients which are effective in protecting the liver from damage. The liver is critical when it comes to fighting inflammation since that’s where our hormones are broken down.

P For Pomegranates
The pomegranate fruit has shown to be able to halt the enzyme reactions which the body uses when it triggers inflammation which results in pain.

S For Seafood
What the majority of seafood contains is eicosapentaenoic acid, which is a powerful type of omega-3 acid that has anti-inflammatory properties. Various nutritional studies prove that this specific natural oil which is found in most fish will induce anti-inflammatory gene expression.

S For Seeds
The variety of natural seeds, such as hemp, flax, perilla, and chia are all high in alpha-linolenic acid, which is a type of anti-inflammatory omega-3 fat. These seeds also contain plant sterols which are known to have anti-inflammatory properties.

The Most Common Mistakes That Novice Forex Traders Make