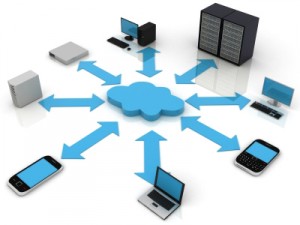 More often, Web-based resources utilizing Cloud Computing services are rapidly beginning to take over the usage of desktop applications. Most notably is Microsoft’s Office 365, their response to Google’s Apps for Business. The MS Office 365 Suite is a complete business productivity as well as a communications package which includes all of their traditional online online versions of Microsoft s successful Office Suite software bundle.

For decades, Microsoft has had a firm grip as well as been the leader in desktop productivity software, primarily because it was made available in every PC which was sold. It wasn’t until a few years ago that Google decided to get into the act as they always like to do, and released Docs, which was a standard basic online word processor.

What Google offered however was a collaboration by going cloud based while Microsoft just continued to drag its heels in pushing their Office Suite products as they always previously did. But eventually, Microsoft released their Office Web Apps a few years ago which is based solely on cloud computing.

For those who were using the free Google Docs service, all that they were required to do was just click the “Share” button, which invited virtually anyone to access a document and even allowed them to view and share their edits online in real time. When this was introduced, the “slap on the forehead” light-bulb moment occurred, which shifted the way that a lot of people worked on these apps.

Business Enterprises Are Shifting Towards The Cloud
The “Cloud Computing” buzzword was born for any document that’s stored online, and it was where the vision of the future of efficient productivity lies. So as a result, there are now a lot more enterprise minded people who are now taking their work which at one time they performed on their desktop computers, onto their mobile devices, and are now bringing their tablets or smartphones to the work place.

Businesses who migrate their tools towards the cloud holds extreme potential for huge cost savings. Virtual online meetings via screens will immensely reduce the need for business travel. Using the Web as well as specific mobile apps now allows colleagues who are oceans away to be able to edit the same page of a document simultaneously.

When outfitting their employees with software which will run on a Web browser will obliterate the need for installing apps while spending resources to managing patches or updates on their costly in-house network servers.

Microsoft’s Cloud Computing
What Microsoft’s Office 365 does is it combines all of their desktop editions of Word, Power Point, Excel and OneNote, along with Exchange for email access and offers it on the Web. Also included in their service are: SharePoint for creating an intranet for sharing documents, Lync for online meetings allowing for video as well as audio calls.

An additional fee also includes Microsoft Office Professional Plus, which includes Outlook for e-mail and calendars.

Google also offers a lot of additional tools which you will not find in Microsoft’s Office 365, which are available without having a Google Apps subscription. They include Blogger, Reader, Picasa, and Adwords.

If you’re looking for third-party Google applications, then you can look through their Apps Marketplace, which similar to Apple’s iPhone App Store, will offer apps which are capable of handling enterprise tasks such as payroll and accounting or CRM, just for starters.

So not wanting to be outdone, Microsoft has recently announced their Office 365 Marketplace, which features a number of apps as well as professional grade services.

So Which Productivity Apps’ Cloud Service Is Better
Microsoft Office 365 as well as Google Apps for Business offers free services for their consumers to suit the majority of businesses. Microsoft and their Office Web Apps offers online versions of their successful productivity software suites such as Word, PowerPoint, Excel and OneNote.

Google’s Apps include Docs, Calendar, Gmail, Spreadsheets, Sites and Presentations, along with additional services such Reader.

Both of these cloud computing services work with all of the the major internet browsers including Internet Explorer, Chrome, Firefox and Safari, and both services offer administrative controls as well as a free trial.

Google’s Apps for Business suite is also FISMA-certified, which complies with the Federal Information Security Management Act, while Microsoft Office 365 will be compliant shortly as well.

The Microsoft Office 365 suites pricing structure appears to be a little more complex than the Google Apps for Business service, but it’s most likely a better choice for businesses who are seeking a far more formal and slicker online productivity and collaboration service.

Google Apps for Business feels like more of a natural choice however for those enterprises who are already conducting their business online.