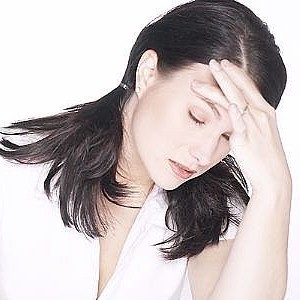 You think that you’re fine because you eat plenty of food, but then, you still feel under nourished and hungry most of the time. This can occur if you’re not informed on how to eat a well balanced healthy diet. “Well balanced” being the key.

What happens is that the health of your body suffers. Your immune system won’t function as it should, your muscles get inflamed, while you pick up various illnesses, and more often. Instead of addressing the causes of the fact that you’re nutrient deficient, you begin to take medication instead.

With medication, all you’re doing is treating or just masking the symptoms, but not solving the underlying causes which exists. So what needs to be looked at is what nutrition actually means.

There are several different elements to better nutrition, which are consuming the proper amounts of the following: minerals, carbohydrates, fats, proteins, vitamins, and water.

What you need are the proper blend of these elements of nutrition, and understand why each component is important to you.

Minerals
Minerals are found in two groups, major minerals and trace minerals, and what they do is they help your body grow.

The major group of minerals include: chloride, calcium, phosphorus, magnesium, sodium, potassium, and sulfur. These are usually needed in abundance.

Every one of these elements are needed in smaller quantities. The exact amounts of either major or trace minerals which your body needs, depends on the mineral itself.

Carbohydrates
This is where your body gets the majority of your energy, and that’s from carbohydrates. When it comes to your body’s daily intake, the recommended amount is 50% to 60% percent of your entire calorie intake for the day.

So if your daily calorie intake target is 2000 calories, then 900 to 1300 calories should be carbohydrates.

Fats
Contrary to what most think, not all fats are bad for you, but is actually a vital component of any well balanced nutritional diet. What healthy fat does is it helps insulate the body while maintaining proper temperature.

Protein
Protein is extremely vital for proper body function, since it maintains proper body tissue. Once consuming protein from food, our bodies then breaks it down and reconstitutes it, this based on specific genetic instructions.

Our enzymes, antibodies, muscles, and hormones, are all made from protein. Protein is also used as an alternate energy source whenever the stores of fat and carbohydrate levels are low.

Water
Without water, we obviously wouldn’t exist. Our bodies contain over 70% percent water, our brains 75% percent, our blood 80% percent, and our liver close to 95% percent.

Our bodies will use around 2 1/2 quarts of water on a daily basis, so you need to replace it somehow. The enzymatic and the chemical reactions which takes place dependents totally on water.

What water also does is it acts as a transport medium for moving hormones, antibodies, and oxygen around the various body systems.

Signs That You May Be Deficient In Certain Nutrients

• Your Finger Nails – If your nails happen to be thin, brittle, or has raised ridges while curving inwards, this could indicate that your anemic and have an iron deficiency.

• Get Leg Cramps – Most who suffer from leg or calf cramps, especially at night, usually indicates that you may have a potassium deficiency. If you’re physically active, such as going to the gym daily, what you lose are fluids and electrolytes when perspiring.

Attempting to rehydrate with water doesn’t always replace all of the electrolytes, especially potassium. So eat foods which are rich in potassium, such as broccoli, spinach, bananas, or grapefruit.

• Numb Hands Or Feet – Once experiencing numbness in either the hands or feet, one usually thinks diabetes. Although this can be true, it’s also a sign of a deficiency in certain B vitamins and folic acid.

What low levels of certain B vitamins does is it affects the nerve endings in these areas. To alleviate this, dark leafy vegetables such as spinach, cabbage, and collard greens are recommended, this along with other lean protein foods such as poultry, eggs, whole grains, and legumes.

• Inflammation Of The Skin – Small red or white bumps on the skin can indicate a vitamin deficiency. They’ll usually appear on the arms, thighs, and the face. What vitamin A does is it helps the pores to shed dead skin which can cause clogging which promotes bacteria.

Natural sources of vitamin A includes colorful vegetables such as carrots and sweet potatoes, along with dark green leafy vegetables. They’re all rich in beta carotene, which is a precursor nutrient to vitamin A.

• Feelings Of Anxiety – The lack of certain vitamins, minerals, and fatty acids, are known to promote feelings of anxiety and mild depression.

• Fatigue And Poor Energy – Fatigue is an ever increasing problem. This because of the constant stress we’re under, along with not getting the right types or amounts of nutrients. Iron deficiency and anemia is a common cause of fatigue. Low energy is also a result of low levels of certain vitamins and minerals.

• Poor Immune Function – What poor nutrient can also lead towards is a poor immune system. So if you’re constantly catching colds and fighting off illnesses, it could be a deficiency of certain vitamins and minerals.

A Well Balanced Nutritional Diet
A well balanced diet has never been as important. With the pace of our modern day lives, and the abundance of “fast” everything, it becomes easy to not eat as well as we should be. What we miss out on are all of the necessary nutrients which our body needs for better function and well-being.

The Most Common Traits Of Those Who Follow Their Dreams