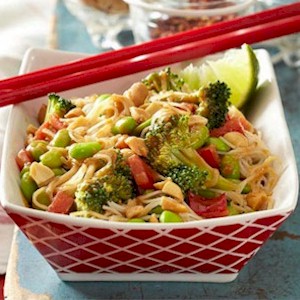 Diabetes, which is a medical condition that’s classified under a group of metabolic diseases, all have something in common, which is they all have high blood sugar levels. If the condition is left unattended, the result can be kidney failure, ulcers, cardiovascular disease, heart issues, and stroke.

The managing and maintenance of diabetes is a lifelong challenge for many. But know that there are a number of everyday common foods which can play a vital role, this in helping those with diabetes to keep it under control.

Eat More Barley
Most dinner plates will consist of a piece of protein like steak or chicken, a serving of vegetables, and usually something starchy such as potato or white rice.

Know that white rice can be a problem for diabetics, and the reason for switching to barley as an alternate, as doing so can cut out the instant spike in blood sugar levels that rice can cause.

Barley is particularly recommended for diabetics because it’s a complete soluble fiber, which slows down the digestion process, where white and even brown rice can’t. So add barley to your favorite soups and stews, or as a side dish.

They’re also loaded with fiber, which helps in keeping diabetics full for longer, making one not crave real candy, cookies, or cakes as bad.

The reasons to eat berries are numerous. The red and blue ones contain natural anthocyanins, which reduces blood sugar, this by enhancing insulin production. They’re also full of antioxidants which battles major illness.

Cool Beans
Beans are known to be magical, particularly for those on diabetic diets. The reason being that they’re abundant in soluble fiber and natural protein, which slows down the digestion process, keeping one full.

Beans also comes in handy for those who happens to be vegans and diabetic, as they can often substitute them for meat, this because of their high protein content.

Flavorful beans such as chickpeas, kidney beans, and edamame beans, all helps in keeping blood sugar levels in check.

Beans can easily be added to salads, soups, and casseroles. Make sure that you consume the beans which are clean of chemicals, and prepare them by using a pressure cooker.

Broccoli Is Best
Broccoli is singled out because of its high fiber content, as this favorite veggie will keep the feeling of being full for longer, lessening the urge to eat sugar laden foods such as cake or chocolate.

Just one serving contains enough vitamin C to last the entire day. The chromium content along with the oxidants helps in reversing diabetes.

Most also enjoy the taste of broccoli, either raw, steamed, or in a simple stir fry in olive oil, soy sauce, and ginger, which helps in managing blood sugar levels.

Crunchy Carrots
Carrots are a another beneficial vegetable which are extremely friendly for diabetics, as they contain superior properties when compared to other vegetables.

The unique taste of sweet and savory that they offer, are full of fiber, which gives the feeling of satiation, while regulating blood sugar levels.

What carrots are best known for are their abundant supply of natural beta-carotene, which is known to lower diabetes.

They’re delicious baked, fried, added to soups and stews, or consumed as raw slivers. Just make sure that the dip isn’t fattening.

Flaxseed
Some consider flaxseed to be the perfect food for diabetics, the reason being that they contain plenty of natural fiber and protein.

Flaxseed is also an excellent source of Omega-3 fatty acids, and are usually found in whole grain bread and related food products.

Because of their neutral taste, flaxseed can also be added to meatloaf, pancakes, yogurt, cereal, and smoothies. Make sure that you purchase whole flaxseeds, and store them in the refrigerator.

Various Nuts
What most nuts contain are the healthy fats, this depending on their type and preparation. Just eating a handful will keep you full for hours. Since they digest slow, blood sugar levels are regulated.

Nuts are usually delicious and wholesome by themselves, but can also be added to stir fries, soups, and stews. Make sure that they’re raw or roasted, and always unsalted.

Lean Beef
For those who enjoy eating meat, there’s nothing more delicious than having a lean piece of tender beef steak grilled to perfection.

For diabetics, make sure that the cut is as lean as possible, while keeping the portions small, such as one-quarter of a regular serving.

Recommended lean cuts are inside round, sirloin, tenderloin, rib, or flank steak. Marinate the beef in a non-sugary mixture which contains vinegar, citrus juice, or wine.

Diabetics benefit from consuming lean beef because of their high protein content, which gives the feeling of being full, while building muscle mass and managing high metabolism.

Fatty Fish
Heart and cardiovascular disease is a major issue for those dealing with diabetes. So eating plenty of fresh fish, which contains heart-healthy Omega-3 fatty acids, is recommended.

A recent study showed that eating fatty fish once or twice a week, can cut down the risk of heart disease by close to 40% percent.

The fish however needs to be as fresh and wild as possible, this because of contaminants such as mercury and pesticides.

For this reason, consumption for diabetics should be limited, as well as for those who are wanting to become pregnant, or are pregnant.

How The First 5 Minutes Instantly Reveals Your Personality