Common Everyday Foods That You Should Reconsider Eating
Skip to content 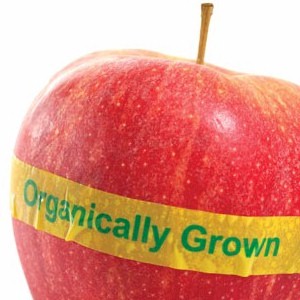 Those who produce, analyze, and clinically break down our food for health standards, are constantly focusing on the most common foods that we eat on a daily basis. What they’ve identified are certain foods which contain abnormal amounts of chemicals and toxins, which compromises any healthy diet.

What’s been identified are a group of foods which these experts claim they would never eat themselves. These are the certain fruits, vegetables, and meats that reach the market, which should all be consumed with minimal processing.

They are often referred to as organic, as their handling and processing rarely contains harmful additives, chemicals, preservatives, pesticides, etc. But there are also instances on where the methods, or how these foods are produced, are below standards.

The end result is the harm that’s caused to our health and the environment. So what needs to be realized is knowing what’s safe to eat and what’s not. The following foods border on the “suspect” category, so alternatives are recommended for better health.

Say No To Farmed Salmon
What the vast oceans among us didn’t intend is for fish such as salmon to be crammed into ocean cages, and then force fed to grow quicker. The end result being that this salmon is significantly lower in vitamin D, while most likely being contaminated.

There’s increasing concern regarding the high levels of pesticides and antibiotics which are used when treating the fish. Once you eat farmed salmon, what you digest are the same chemicals, especially if eaten fresh.

So the solution is to eat wild Alaskan salmon. Know that all Atlantic salmon are now farmed, this since there are no longer any commercial fisheries who fish wild Atlantic salmon.

Beware The Beef
How cattle evolved was by eating natural grass, and not by eating grains. What the current day ranchers are doing is force feeding their cattle soybeans and corn, which is known to fatten them up quicker for production.

This means more revenue for the cattle producers which ultimately results in lower prices on the grocers shelves, but ultimately means less nutrition for us consumers.

What needs to be respected is that cows are herbivores. The grass fed cattle were also found to be lower in saturated fats and inflammatory omega 6, which has been associated with heart disease.

So when buying beef for protein intake, choose the grass fed variety, which should be clearly labeled but usually higher in price. The grass fed beef can be found at Farmers Markets or specialty butchers.

Be Aware Of The Apple A Day
Apples are one the most heavily sprayed fruits with harmful pesticides. The reason being that they’re individually grafted, this since they all originally descended from a single tree. Spraying individual apple varieties allows them to maintain their distinctive flavor.

The apple growing industry maintains that these spray are safe. But the experts counters that any chemical laced product, especially apples are harmful.

It’s know that the farm workers who handles these chemicals all have higher rates of illness, as studies confirm that pesticides in particular, increases the risk of Parkinson’s disease. So the solution is buying certified organic apples if available.

Tomatoes Which Are Canned
The problem resides in the resin linings of the tin cans which are known to contain bisphenol-A, which is a synthetic estrogen that’s been linked to ailments anywhere from heart disease, reproductive issues, obesity, and diabetes.

Acidity is a prominent characteristic of tomatoes to begin with, which causes BPA to leak into the food you eat. There are studies which show that the BPA levels in most people exceeds the amount which can cause chromosomal damage.

What just one single can of tinned tomatoes can contain is up to 50 mcg of BPA per liter. That level is significant enough to endanger humans, especially the young, the elderly, or those with weak immune systems.

What’s recommended are tomatoes that are stored in glass bottles, and the one’s which don’t have resin linings. They’re now also available in Tetra Pak boxes as well.

Certain Root Vegetables
Primarily potatoes. What all root vegetables absorb are pesticides, herbicides, and fungicides which ends up in the soil. When it comes to potatoes, which is the most common vegetable nationwide, what they’re heavily treated with are fungicides during the growing process, then they’re sprayed with herbicides before harvesting.

After they’re dug up, they’re treated with chemicals which prevents them from sprouting. So it becomes impossible to take a conventional potato which you’ve just bought from the grocer, and then try to get it to sprout naturally.

The harshest evidence is that these same potato growers will tell you that they would never eat the potatoes that they harvest and sell. What they usually have are separate plots where they grow their own without the chemicals. Washing them doesn’t remove the chemicals as they’re absorbed deep into the flesh.

Stop Eating Microwave Popcorn
Harmful chemicals exists in the lining of the bag, which are a class of compounds which are linked to infertility in humans, this according to a recent study.

When tested on animals, these chemicals caused testicular, liver, and pancreatic illness. What the microwaving process does is it causes the chemicals to vaporize, which then migrates into the popcorn.

What they will do is then remain in the body and can accumulate for years. The manufacturers are promising to phase out using these chemicals, but the timetable isn’t known and they’re still available on the grocers shelves.

The solution is going traditional. Pop organic kernels in coconut oil in a covered pan, then use real butter and sea salt for flavoring.

Creating The Groundwork Towards A Life Full Of Achievement