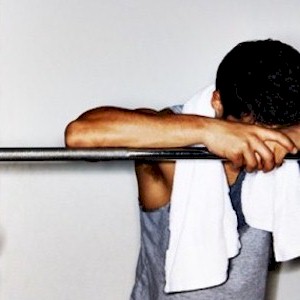 Then there are those individuals who choose to excessively exercise to the point where it becomes an actual addiction. Working out too much, too much physical fitness is thought that it can become a clinical issue.

Although this not from an official or professional standpoint that’s yet recognized by the medical or the psychological fields, but there is a lot of research that’s been placed into whether too much exercise can be classified as an actual abuse.

There’s also the widespread use of the term itself which is exercise addiction, as there are a lot of different terminologies which describes and are referred to as excessive exercise syndrome.

In some studies, just the term “addiction” is appropriate for relevance since they incorporate both compulsion and dependence to continuously do one action.

Based on the latest research, there’s a belief that exercise addiction should indeed be classified within the same category of other behavioral addictions. The evidence and resemblance are based on several common symptoms.

The Assessment Of Exercise Addiction
How can actual exercise addiction be assessed or monitored. There are several instruments along with methods which have been developed and used when it comes to the assessment, or the gauge of exercising too much.

There are two scales which historically at one time were the most commonly used. The Negative Addiction Scale, and the Commitment to Running Scale. These methods, however, are no longer in use because of their theoretical shortcomings.

They have all been proven to be reliable and thus validated instruments for judgement, as well as the assessment of the symptoms along with the extent of one’s exercise addiction.

Testing For Exercise Addiction
• The Obligatory Exercise Questionnaire, or OEQ is based on a 20 questionnaire set which is self administered, that assesses ones urge for undertaking too much exercise. The questions are divided in 3 scales, comprising of: exercise frequency and intensity, the emotional element of exercising, and exercise preoccupation.

• What the Exercise Dependence Scale, or EDS, reveals is it conceptualizes compulsive exercising based on the basis of the criteria for the actual symptoms of addiction and substance abuse.

Research shows that it’s been able to differentiate the difference between dependance, at-risk, and non-dependent athletes, as well as between non-physiological and physiological addiction.

The EDS comprises of 7 sub-scales which includes: withdrawal, time, tolerance, lack or loss of control, intention effect, lack of control, reduction of other activities, and continuance.

• In contrast to the EDS, the Exercise Dependence Questionnaire, or EDQ, is aimed towards measuring compulsive exercise behavior as a multidimensional based construct. Also, it’s used in assessing compulsion in a variety of forms of physical activities.

The Easiest Gauge Of Measurement
To generate an easier administrative tool for the surface screening of what’s known as exercise addiction, whats been developed is the Exercise Addiction Inventory, or EAI, for accurate assessment.

This is a short 6 item assessment which is geared towards identifying the risks of exercise addiction. What EAI measures are the six most common symptoms of the various addictive behaviors, such as: mood, salience, withdrawal, tolerance, relapse, and social conflict.

The EAI has been investigated psychometrically, and has proven to have relatively high internal consistency, as well as convergent validity with EDS.

Other Measurements Of Exercise Addiction
There are also a few other instruments which are available for the assessing of possible exercise addiction. They are however rarely used in research or are aimed towards just a specific form of physical activity, such as body building, for instance.

Note that the Bodybuilding Dependency Scale is generalized and a seldom used measurement, as is the Exercise Beliefs Questionnaire, or EBQ.

What these measurements assesses are the individual thoughts as well as their beliefs regarding exercise that’s based on four specific factors, which are: physical appearance, social desirability, vulnerability to aging and disease, and mental and emotional functioning.

However, the main limitation of this particular measurement is that there’s no psychometric properties which have been reported.

There’s another scale which is known as the Commitment to Exercise Scale, which examines the pathological aspects when it comes to exercising, for instance, training despite having injuries, or displaying compulsion such as feeling guilty when not exercising.

The Commitment to Exercise Scale is known to have a satisfactory level of reliability when tested for accuracy.

The final test is the Exercise Orientation Questionnaire which measures the attitudes towards exercise along with related behaviors. The EOQ comprises of 6 factors which includes: orientation to exercise, self-control, self-loathing, competition, weight reduction, and identity.

What Are The Most Effective Measurements Of Exercise Dependency
Of all of these instruments which are outlined, the most popular tools are the EDS, and the EAI, mostly because of their easy methods of scoring. Further research have shown that when used together, they both also had comparable results.

But keep in mind that despite the development of these different scales along with the various other screening methods, their existence doesn’t necessarily guarantee that exercise addiction will be recognized by the medical or psychiatric communities, officially anyways.

How Prioritizing Gets More Things Done During The Work Day