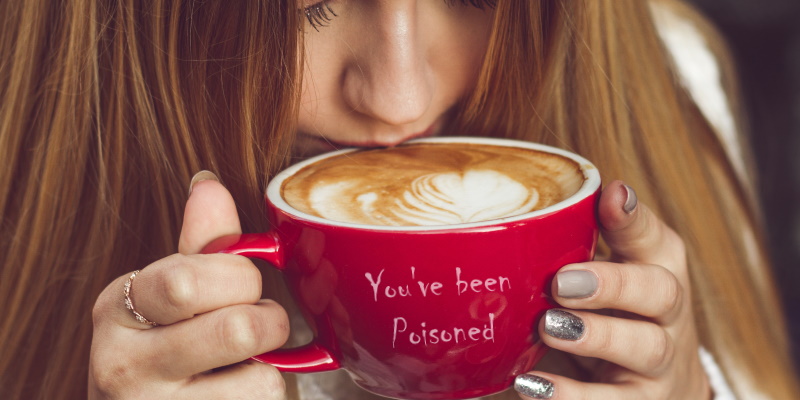 Coffee is considered one of the most popular psychoactive drugs of our time. It’s legal and available just around the corner at the local barista. You can drink as much as you want and feel its seduction. Coffee as a chemical compound, when it reacts to the brain generally gets positive reviews.

It makes the mind sing on edge, it boils the blood in motion while stimulating the muscles.

Caffeine is capable of accelerating the digestive system, keeps you alert and regular, while supplying the capacity to engage longer when it comes to regulating concentration and mood.

Long-term studies have shown the benefits of coffee, for certain health issues.

It can decrease the risk of diabetes for pre-diabetics, lower incidences of certain liver ailments, and help in the proper functioning of the heart after a meal.

But Does Coffee Really Help

What conventional wisdom will tell you, is that any drink containing caffeine should be cautioned, as it can increase anxiety.

But there’s contrary belief that some may actually benefit from coffee, when suffering from these types of symptoms.

It’s the positive mood effects which are provided by this acid for most coffee lovers, which increases a sense of energy and euphoria.

This specifically for those who’s had a personal history of anxiety or panic attacks.

It’s found that in episodes of certain situational anxiety periods that people experience, at times, it’s the effects of coffee that makes them less panic stricken.

The reason for this is uncertain, as the more that’s consumed, the less anxious and calmer they felt.

What’s known is there’s an actual clinical reason for this.

What caffeine does, is it helps the brain release dopamine directly into the prefrontal cortex, a region of the brain that regulates mood.

It’s also thought it’s the presence of caffeine, that may help in the storage of this dopamine in the amygdala.

This is another area of the brain that plays an important role when it comes to anxiety regulation.

In various studies, the injection of caffeine was clearly beneficial when it came to mild depression in older individuals.

This is where the investigators found that drinking more coffee, transformed feeling blue and tense into feeling bright and optimistic.

The Test Was Conducted In Various Consumption Levels:

What the results showed was:

This may sound counter intuitive for some, but for certain individuals, it may potentially help in the reduction of situational anxiety or panic attacks, because of the chemical reaction of caffeine .

Dopamine is the neurotransmitter chemical in the brain, that propels the feeling of love for the first time.

It also plays a secondary role, of one feeling motivated and happy, feeling positively rewarded while not becoming scared or nervous.

For those who are chronically depressed or experience bouts of social anxiety, it’s found it’s their dopamine levels that are always low.

So under certain circumstances, having a cup of coffee before the situation of stress or panic arises, may actually help.

For others however, it’s found that coffee can have an opposite effect, making one feel worse, more panicky with anxiety, while disrupting sleep.

So the caffeine reaction can be arbitrary, depending on the person and the situation.

Too Much Caffeine Remains Too Much

What needs to be known is that although in some cases, drinking coffee can soothe social anxiety and mood symptoms, but long-term coffee consumption can contribute towards “burnout.”

Since caffeine is a mood boosting, mood altering substance, too much in the body, even for those who can tolerate large amounts, can have adverse effects such as a quickening pulse.

There are also the known negative health effects when drinking caffeine long term or in high doses, such as mineral loss specifically the depletion of magnesium.

What magnesium does is plays a vital role, in the proper functioning of the brains neurotransmitters.

Coffee is also associated with contributing to fluctuations in blood sugar, which is what elevates levels of anxiety.

What’s known is that if the body is depleted and excessive coffee is consumed, then fatigue can accelerate.

Caffeine is known to prolong symptoms for those who experiences insomnia.

What this results in is poor sleep cycles, which contributes to elevated stress and anxiety in those who are predisposed.

So if you’re not sleeping well, then avoid all forms of caffeine until your sleeping issues are regulated or resolved.

So How Much Coffee To Drink

As far as dosage for coffee goes, what most will function best at is two cups per day.

Sipping it slowly also appears to have the best effect.

Drinking more caffeine for those who suffers from anxiety, can become more anxious, while experiencing heart palpitations.

It’s also found healthier to skip the sugar, and if one is sensitive to dairy, then switch to milk or a natural non-dairy creamer.

Some are now adding fats such as butter, which slows down the “hit” of the caffeine, which creates a more regulated boost in mood.

Give Me Some Coffee NOW

Whether coffee is beneficial for you or not, depends on your particular situation.

Initially, when experiencing anxiety, it may be best to lay down a healthy foundation first, this to work through, before deciding that plenty of caffeine is the solution.

What’s known for certain, is that for some, if the type or severity of the panic attack or situational anxiety experienced is related to low dopamine levels, then coffee may be helpful.

Learn To Heal By Writing A Story Of Your Unfulfilled Life