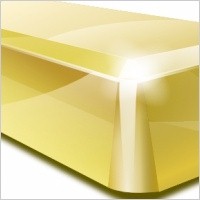 Other than diamonds or chocolate, there’s a good reason why Gold is your best friend. Gold as an investment rallied close to 2% percent towards a record price of nearly $1900 per ounce recently.

Gold is the security blanket when it comes to threats or signs of a sputtering or stalling global economy. Any potential monetary conflict can raise this metal’s sex appeal as a hedging tool against inflation. Gold’s recent winning streak became prominent as Wall Street erased its early gains.

All of the global markets now will intently focus on the upcoming Federal Reserve speech where the policy-makers as well as those in the know will talk shop about the current global economic situation.

Industry analysts has indicated that nothing short of rounds of quantitative easing would most likely provide support for gold on a limited basis, as the Federal Reserve has already stated that they’ll be keeping interest rates low until at least 2013. Gold could also potentially correct itself after rising close to 6% percent in just a couple of months.

Using Gold As A Hedge
The price of gold is usually driven higher by the expectations that inflation is just around the corner, so investors will be looking for a safe investment haven beside say Treasury bonds.

Gold if you recall, not too long ago was priced at around $400 per ounce. Also keep in mind that this current rally may be extremely susceptible to a substantial pullback in price, as that’s what’s stressed on all of the technical indicators.

Go For Gold
Spot gold is the darling as it rose up to $1,889.29 per ounce recently, as it recorded it’s biggest one-week rise in price in a while. Making this one of this year best-performing and speculative assets.

The U.S. gold futures December delivery settled up at $1,891.90 per ounce. Trading volume for this rally totaled close to 250,000 lots, which is its 30-day average, but higher than the recent average volume.

CBOE’s Gold Volatility Index, also known as the “Gold VIX,” which is based on the SPDR Gold Trust options, spiked up approximately 13% percent to around 33, which is its highest in 2.5 years.

SPDR Gold Tryst has also recently surpassed the SPDR S&P 500, making it the world’s largest exchanged fund, which is measured by market value. It’s also boosted by the recent soaring gold prices as well as the sagging equity markets based on all the mounting recession fears.

Other price volume records include holdings of the gold fund GLD, who reported an inflow of more than 30 tonnes, which was its largest single one-week rise since July to 1,290.76 tonnes, but still below the record of 1,320.4 tonnes, which was set a year earlier.

Investors during this time has sought refuge in the investing of gold because of the Euro debt crisis, the continuing weakness in the current U.S. economy, and the increasing volatility of all the currency markets.

Analysts are concerned of Gold’s recent 15% percent rally in price as it being a little overdone, as the RSI technical indicator spiked up to over 80, which is closing in on it’s most overbought level in nearly 12 years.

Investors usually regard gold as a bit of an insurance premium, but currently, it’s a rather significant premium to pay for this insurance policy.

So all ears will be drawn to the anticipated Fed’s speech as well watching for any potential signals of the Fed’s policy direction. Going back to this same speech a year ago, what was announced was a $600-billion bond-buying program, which triggered a rally in gold.

Then BOOM Goes The Dynamite As Gold Suddenly Falls
After a few months of setting higher prices, the price of gold suddenly plunged by 36% or $104 in one single day, to finish at $1,757 per ounce. That’s the single biggest percentage fall in the past 3 1/2 years and it shook the investors who thought that Gold could only increase.

Gold has been considered to be a “safe haven” investment for years because it really wasn’t that popular. But recently, it’s becoming trendy “fad” like popular among the financial community. So the bottom line is that it can’t be an investors “safe haven” and a “fad” at the same time.

The sudden drop in the price of gold came directly after news was released on manufactured goods, which rose by 4% percent. This was more that what all the experts were expecting.

Is Gold Safe As An Investment
Gold has recently been considered a safe investment when in times of economic turmoil, so it has become a standard among the investors who worried about rising debt and inflation. But what the majority of investors are wanting to do is simply just profiting from gold’s bullish behavior.

The danger and problem of investing in gold is that it’s just a blunt shiny metal which doesn’t have any real intrinsic value. It won’t pay you any interest much like a bond would, nor it represents itself as a share of a “hot” company much like a stock does.

The only worth of gold is what all the investors and speculators believe what it’s worth, and not much more. So what that means is that the Gold prices can rise or suddenly fall based strictly on emotion.