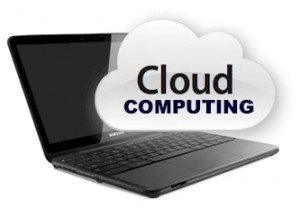 There are a couple of laptops which are expected to be released shortly which will support Google’s Chrome OS for mobile computers. These portable netbook/laptops, which will be called Chromebooks, are promising a quick eight second boot up, no need for security software, any required updates performed in the background and access to a variety of Web apps. The majority which are also expected to be accessible and available using any OS browser.

Google originally introduced their Chrome OS concept a few years ago, when the portable computer landscape was a lot different then it is today. Things obviously changed with the introduction of the ultra successful iPad tablet. Back then, it was expected that the 10 to 12 inch Netbook computer would totally dominate this segment as a popular new mobile device.

We all know that Apple clouded this vision with the introduction of their portable user friendly Web enabled mobile tablet device, the iPad. Apple also introduced the wafer thin 11 inch MacBook Air which features “instant-on” capability. The Apple devices however has a higher price tag than the Chrome OS Chromebooks ever will.

It’s also still not that clear whether these new Chromebooks would be able to distinguish itself from the trusty desktop computer, or the larger hard drive equipped laptops and netbooks, and be able to successfully woo you into cloud based computing which the Chromebook is based on.

So regardless if you’re planning on purchasing a Chromebook anytime soon, listed is a breakdown of what you’ll need to know about Google’s Chrome OS equipped Chromebook project.

So What Is Google’s Chrome OS?
The Chrome OS is a version of Google’s desktop operating system browser sitting on top of a Linux kernel, with a few tweaks which improves the systems overall performance when integrating with peripheral hardware. External hardware such as a larger monitor or a keyboard connecting to the Chromebook. The Chrome OS also has a limited file manager allowing you to easily access cached data, as well as files which will be contained to a storage device such as a SD Card or a USB stick.

Chromebooks Coming To A Cloud Near You
The Chromebooks are expected to be available for consumer purchase in several countries sometime in mid June, 2011. In the United States, Acer is the first out of the gate offering their Chromebook, while competitor Samsung and their Chromebook Series 5 will also offer their entry at the same time.

Where Will The Chromebooks Be Available
Google has stated that these initial Chromebook laptop computers will be available for purchase at a variety of popular national retailers such as Amazon, who already has a dedicated page featuring the new devices.

Specifications For The New Chromebook Laptops

The Acer Chromebook weighs in at around 3lbs pounds. It has a 6-cell battery which is rated for 8 hours of battery life.

An Altered Chrome Keyboard
Google has slightly altered the familiar QWERTY keyboard for the Chrome OS. The familiar function buttons which are usually near the top of the traditional keyboard has been replaced with browser centric buttons.

The Chromebook keyboard features a refresh button, full screen mode, switching to the next tab, etc. The Caps Lock key has also been replaced by a Search Key.

How Affordable Are The Chromebooks

Some were hoping that the Chromebooks would be an extremely affordable option over the currently available netbooks which has a large hard drive. The lowest price however, which would be the Wi-Fi enabled model of the Acer’s Chromebook is around the same cost, while the 3G model is expected to be slightly higher. So the price appears to be around or even slightly higher than the currently available Windows 7 OS Netbooks which are available today.

The Samsung Series 5 Chromebook is expected to be a bit higher in price then the Acer, as it offers both Wi-Fi and 3G Web access.

Most may be thinking that these prices may be a little steep for what they offer, which is basically a “portable Web browser in a box” mobile device that’s reliant on cloud computing while offering limited storage capabilities.

Are The Chromebooks Worth The Price
There are some obvious advantages which the Chromebooks offer over a conventional budget priced laptop. If the Chromebooks do indeed perform as promised, then they should be a lot quicker in overall performance such as having a much faster boot up time, which is around 8 seconds. This is due to the lightweight Chrome operating system.

Another excellent feature is that the Chrome OS will perform all of its required updates in the background, just as the Chrome OS browser desktop version currently does. Also, the idea of using the available Web apps is most likely okay for the majority of the users, but what happens if other users require professional enterprise grade software such as video editing software.

So unlike what happened to the Apple iPad when it was first released, which was that initial instant mad stampede, there’s no indication that there would be people lining up for blocks in anticipation of getting their hands on the Chrome OS laptop device.