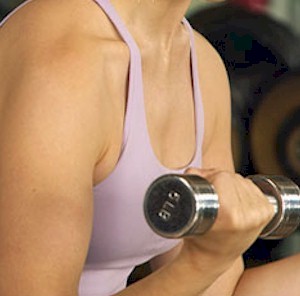 What metabolism involves is the process which utilizes effectively turning the food that you eat into energy, this along with tissue repair.

Your metabolism can be compared to a fire. When starting this fire, what you can’t and don’t want to do is attempt to burn a large log with a single match. By doing so, it would almost be impossible for it to catch on fire and begin to burn.

Instead, you begin by using an accelerant or wood kindling to get the fire started on its way, which builds a small flame that eventually generates a larger flame and catches the log on fire. As the flame grows bigger, you then begin adding larger pieces of wood as the fire escalates blazing hot.

Your metabolism is similar to that log burning fire. If you haven’t eaten any food for a while, what your metabolism does is it shuts down and burns at its lowest heat. To keep this heat going, what you want to do is eat small portions of food which helps keep the fire going at a certain level, and then gradually add to that fire.

This is the reason why nutritionists and dietitians suggest that you eat several small portions of healthy food frequently throughout the day.

Dieting You’re Doing It Wrong
Those who go on diets and put forth the effort, are constantly complaining that they’re unable to lose weight, and they don’t understand why. They claim that they count their calories, while not eating that much, but they still continue to gain weight.

For the majority of cases, it’s discovered that these dieters will eat very little during the day, but will then have a large meal at dinner because of the hunger.

What this large dinner equates to is attempting to start a fire with that large log and a match. There may be a bit of a slow burn, but that log will take a lot of time for it to catch fire, if it even burns at all.

The biggest mistake that dieters make is they continue to try light the large fire, the end result being that their fire pit (stomach) is full of large unburned logs. So keep in mind that your body isn’t capable of burning off all of the food which you ingest, and then the excess food (logs) turns into fat.

So ideally, what’s recommended is that you eat once every 2 to 4 hours, and eat until you feel content, this way, you’ll generate a much better metabolic response. When you eat smaller meals throughout the day, doing so will also increase your energy levels since you’re able to provide regular consistent fuel to your system.

What you need to do is seek out all the nutritional clues when it comes to what you eat, and what you shouldn’t eat. Also know when to eat, along with how much to eat, while refining your cooking techniques in order to preserve its nutrients.

The majority of researchers support the idea that the human genome has pretty much been the same for centuries, therefore we should be sticking to the same type of diet which suited our primal genetic makeup.

Our ancestors were able to evolve, survive, and thrive on a diet which consisted primarily of: wild game containing lean meat, fish and seafood, nuts and seeds, fruits and vegetables, herbs, insects, and soil.

The more that we conform to this type of primal diet, the easier that it becomes to reclaiming our innate lean body composition for which our DNA has instructions to.

Those past diets, excluding, of course, the insects and the dirt bacteria, needs to be matched for its nutritional value, which are able to support the tripartite objectives of burning fat, while boosting metabolism, and building muscle.

Burning The Fat
Keep in mind that the first principle in burning fat isn’t to create new generations of fat from excess calories. What the excess calories which are derived for any type of food does, is it converts itself to fat on the belly for storage.

Boosting Your Metabolism
Micro nutrients are the core essence of our metabolism which drives it forward towards superior capacity. All of the essential nutrients which are needed for basic human metabolism are found in the plant kingdom.

These plants provide: vitamins and minerals, amino acids, water, fiber, chlorophyll, fatty acids, antioxidants, and thousands of other plant compounds. The majority of plants are dense in nutrients while being sparse in calories, so they can be consumed in almost unlimited quantity.

Building Up Muscle
Physiologists along with health experts all agree that the best window of opportunity to accelerate muscle growth is 30 to 60 minutes directly after vigorous exercise.

So during this period, which is the muscle recovery phase, it’s recommended that you ingest high protein foods, such as branched chained amino acids, this to enhance muscle adaptation as well as to re-synthesis.

During this same time period, fast assimilating carbohydrates are also need to replenish the glycogen and glucose levels. An excellent example would be a combination of whey protein powder along with fruit, pure fruit juice, or milk, made into a smoothie. Try adding cinnamon to improve taste which also increases the insulin sensitivity in the muscle cells.

Setting Up Wi-Fi For Wireless Internet Access In Your Home