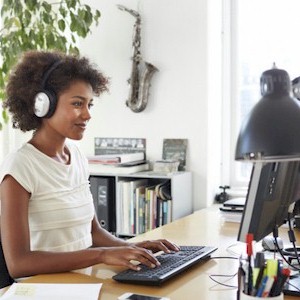 Elite athletes call it “in the zone,” this mental state of mind known as peak performance or being in the flow. Others refer to this mindful state as being their sweet spot, where there’s an incredible balance of prolonged energy along with ease of mental awareness.

It’s a specific state of thinking when your best creative work emerges, this without any strain or anxiety. Instead of exerting yourself, making a strong powerful effort to push yourself which feels unnatural, there’s effortless stride where time appears to stand still.

What most assume is that this state of deep concentration is difficult to achieve, or quickly vanishes, as there are constant external interruptions which mounts.

What’s known however, is that this state of mind can be attained almost at will, this much easier than what most realize.

Straighten Out The Mental Clutter
That noise in your head. Take a look at your to-do list, and then decide on a schedule. When the subconscious mind has no idea which task to do, it then interrupts our flow state with reminders on what it should be doing right now.

Our subconscious isn’t nagging us to complete a task however, but instead making plans to get it done, so you need to give it a function to complete on time. Make a mental note on what you’ve just finished, and then what you need to do next.

List what you need to do in order of importance, this so you won’t always be wondering if there’s anything on the list that you should be doing instead, or be preparing for.

Avoid Being Interrupted
If you can’t concentrate then you can’t focus. If you’re constantly being interrupted, you can’t reach that state of deep concentration you need for the flow process.

Even if you expect interruptions, such as an email from a friend, or even if the interruption helps your work somehow, what it’s still doing is interrupting your progress.

If You Can’t Focus There’s No Flow
The slightest interruption which can distract or tempt you away from what you’re doing, needs to be taken care of, this before you can enter into a natural flow.

Imagine that you’re going on a long six hour drive. You note which distractions will disrupt you before reaching your destination. These can include a bathroom stop, gas, food. Any of these can disrupt your flow while driving, so you take care of them.

Likewise, clear your desk of anything that can potentially distract you. Remove yesterdays newspaper, throw away your empty water bottles, organize everything neatly. Once you do so, take a look at your to-do list so you know what to expect.

Open just the documents or applications on your computer that you need to work on immediately. Avoid email or texts. Once you do so, everything becomes out of sight out of mind.

Preparing For A Deep State Of Focus
Leave your to-do list open, as what’s found is that one of the greatest benefits of working in the flow state is that you’ll lose track of time. So what the to-do list does is keeps you on track.

Make sure that you turn off your smartphone, or put in “Do not disturb” mode, and then move it out of sight. Turn off the ringer on your office phone, and anything else that poses a threat to your concentration.

Make sure you visit the bathroom beforehand, get a glass of water or beverage such as a tea, and a healthy snack such as a banana.

Close the office door, use noise-canceling headphones, make sure the room is cool and comfortable, which should eliminate as many exterior disturbances as possible.

Then take a moment to anticipate all of your needs, and make sure that you take care of them, this rather than risking the potential of anything breaking your state of concentration.

Reaching a state of focus and flow doesn’t require any mystic forces to interject for it to be effective, it’s nothing like that. All it requires is just a few dedicated simple steps.

Have Something Nutritious
Concentration is hard work and taxing on the brain. It’s found that focus and stamina tends to improve once the blood sugar levels are on the rise.

What’s not recommended is having a big meal however, as what the digestion process does is diverts energy from the brain. So just have a fruit or a handful of nuts instead.

Hydrate With Water
Since the brain is 75% percent water, even just mild dehydration can cause it to become sluggish. What’s known is that those who are just slightly dehydrated, and not feeling thirsty yet, experiences deterioration in mental function.

What drinking water does is it corrects difficulty focusing. One reason being that the brain is attempting to alert us to pay more attention to our basic survival needs first, this rather than thinking bigger ambitious thoughts.

Soothing Music Can Help
Putting on some of your favorite music is an ideal way of getting into the flow. Elite athletes have long used music to raise their energy, awareness, and focus on detail, while blocking out any distractions.

You need to make sure that the music itself isn’t a distraction in itself. What’s known to work is creating your own playlist of soothing instrumental upbeat music, as lyrics can often distract.

Deep Breathing For A Few Moments
What proper breathing does is it positively affects the nervous system along with promoting blood flow to the brain, which naturally improves performance.

So take deep breaths signaling the brain to relax, which accesses mental resources that can’t otherwise be obtained, this if the breathing is shallow and confused.

Why Maintaining pH Levels Is The Key Body Health Monitor