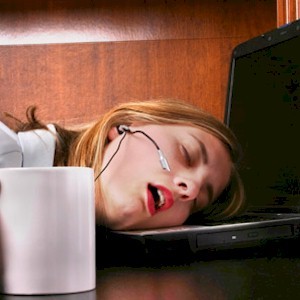 When we think of energy, we think of children playing during recess or dogs running in a park, and then wonder how they’re so rambunctious. As we grow older, we begin to lose that zest, no longer feeling or wanting to be as energetic as we once were.

Some claim that it’s still possible to get that spring back into your life. Realize the fatigue that we experience isn’t entirely because of the physical torments of the aging process. Stress and anxiety plays a large role which accelerates the process of feeling tired.

We as adults feel stress because of our life responsibilities, such as our jobs, car and mortgage payments, saving for retirement, our health issues, our children, and our aging parents.

As we age, hopefully gracefully, we become less active than when we were younger, while feeling tired quicker. That curiosity of adventure that the young has, prioritizing adventure and socializing, diminishes.

Once age captures us, we become stranded in responsibility and then we forget how to have fun, the spirit which once captivated us evaporates. As we grow older, this lack of wonderment increases our fatigue.

Being less active is also associated with poor physical conditioning, which leads to body, joint, and sore muscle strain. The fatigue we feel acts as a shield, a warning which protects us from overexerting.

Our bodies become alarmed and sensitive once we begin to decrease activity. This since fatigue restricts us from wanting to do more. So what’s recommended is increasing our physical activity to become more alert.

The Contribution Of Poor Sleep Habits
Most will blame their lack of energy on poor sleep. But research shows that there’s no significant correlation between having a bad nights sleep, and an individual feeling tired the next day.

But what we constantly complain about is that we twisting and turning all night forces us to have a moody day. What’s known for certain, however, is that poor sleep is just a small contributor to our irritability.

What needs to be understood is not finding the causes of fatigue, but instead learning and taking the steps to avoid it when we’re awake. Other than proper rest, fatigue is associated with stress, anxiety, and depression, all which compounds the issue.

Fatigue Goes Beyond Proper Rest
Being constantly tired is also associated with the nutritional choices that we make, including dehydration, and the withdrawal symptoms cause by drinking too much coffee or alcohol, which increases the fatigue.

Fatigue is also a byproduct of overexertion, such as too much physical exercise, working hard labor, as well as the its polar counterpart, inactivity.

Being stagnant such as sitting in a cubicle all day then watching TV all night, makes us tired. Boredom or doing monotonous tasks are strong contributors to us feeling worn out.

Another complaint is most will feel tired directly after lunch. The reason for this being that the body experiences a temporary drop in temperature, which is known as the post-lunch dip.

The New Adventures In Feeling Tired
There are a variety of other reasons why we feel tired, which isn’t associated with growing old and cranky, or a poor nights sleep.

There are also opportunities and solutions when it comes to reducing this fatigue, to feel fresh and perky, which addresses the anxiety that’s associated with having a more relaxed lifestyle.

Symptoms Of Chronic Fatigue
One word of caution if you do have chronic fatigue symptoms, is that it can potentially be a medical condition, which requires the consultation of a doctor.

There are a variety of treatable solutions when it comes to feeling tired, but if it extends beyond that, seeking clinical help is advised.

Ways To Feel More Alert
It’s found that fatigue extends beyond poor sleep. For those who happens to be chronic insomniacs, and the condition is routine, then seeking medical treatment is again recommended.

But know when it comes to curing this insomnia, such as with therapy or medication, it’s found that these solutions always don’t rid of the fatigue issue, while at times contributes to it.

Look for all of the common symptoms which are associated with feeling tired, and then look for healthier strategies and solutions to properly address them.

What usually needs to altered is how and what you think about fatigue, which includes how often you ruminate about it. Just focusing on being tired is found a surefire way that the fatigue will linger.

So it’s better to just distract yourself, this by doing activities that you enjoy doing, which takes your mind off being constantly tired.

Steps To Feeling Less Fatigued
Always watch and regulate what you eat. There are certain foods which results in making you feel sluggish, such as that sugar crash mid-morning. So begin by selecting healthier more sustainable foods to boost your energy.

It’s found that drinking coffee isn’t a real cure for fighting fatigue. Caffeine is considered a short-term fix, this because once the caffeine is flushed out of the body, what’s experienced are withdrawal symptoms, which leads to fatigue.

Continue to increase your energy levels with physical exercise, this by doing those activities you enjoy doing, which increases your stamina. Make sure that you always stay hydrated with water, this since what becoming dehydrated causes is fatigue.

Reduce your stress levels by learning to manage it better. Ways to reduce this stress includes: personal or professional help, mindful mediation or yoga, exercise, learning to say “no.”

Take routine breaks during the day, this especially if you’re stagnant and sit behind a computer desk. Take the time to get up and walk, to stretch out your body. You’ll feel more productive once you take a breather.