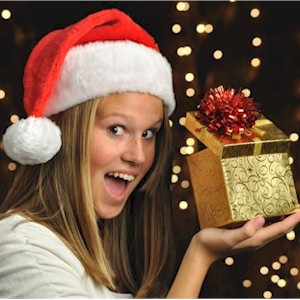 So there are a few of your friends, and relatives, who’s already told you that they’re giving you a gift card this year. Some have even asked which retailer you want it from.

Well, you should be grateful to receive any type of gift of any sort, and like cash, gift cards are completely practical and a time saver. Eliminated are the awful sweaters, mass produced chocolates, and ugly ties.

But once redeeming them, you may feel at times obligated to tell the gift giver what you purchased.

It’s as though they completely took out the stress equation of buying something for you, but rather placed that burden on you, not to mention you needing to go out and battle the long lineups.

Gift Cards Are An Easy Way Out
Gift cards became prominent and somewhat trendy in the 1990s. They’re an easy solution than attempting to find the perfect gift for that finicky mother-in-law.

Showing someone your true affection and how well you think of them with a thoughtful gesture has now become a pain to the modern shopper. There’s no stress, as everything these days appear to be about reducing anxiety or saving time.

Is it sending the message that anything time consuming should now be avoided. Breaking free from all difficult decision making while freeing yourself of obsessing to buy that “perfect” gift. Is it being just downright lazy.

This tiny little plastic “gift card” of joy has now become a representation of our society’s biggest lifestyle disease, which is taking the easy way out.

It’s The Thought The Counts… Damn It
The true essence when it comes to gifting is about offering a heartfelt gesture which recognizes the recipient. The act of giving also has a selfish component which is felt when we’re giving, and that’s if the person feels elated when receiving it.

In a perfect world, these feelings should be mutually positive, but we also feel the risk of being completely off the mark in the exchange process. As the giver, we always feel a bit of anxiety in wondering if the gift is appropriate, sufficient, or not a duplicate.

The recipient also feels anxiety about what’s under the pretty wrapping paper. How would they react once it’s open, being in the spotlight, and what happens if they hate it.

Along with the anxiety, there are other physical as well as emotional responses which we experience, such as disappointment and regret, and then we alter our connectedness with that person. “You really don’t know me at all!”

Are Gift Cards The Perfect Solution
Then these gift cards came along and solved all of our problems. Giving gift cards has also completely eliminated the act and the emotion of gifting. Unless the amount of the card is too much or too little, the emotional response becomes completely blunt.

The recipient instead of having the absolute “Wow!” response, is rather thinking, “oh perfect, that’s nice.” How they decide to show how they’re really feeling is a completely different matter.

The holidays, however we choose to celebrate, is all about the opportunity to express our genuine gratitude and connection to one another. The annual gift card exchange, however, doesn’t add to the warm and fuzzy.

Gift Cards Are Big Business
According to retail statistics, it’s predicted that gift card spending is expected to reach $30 billion this year. Close to 60% percent indicated that they will be giving, or wouldn’t mind receiving a gift card this year.

There were also 23% percent of those gift givers who said the reason why they’ll buy gift cards is because they’re more convenient, quicker, and easier than buying a traditional gift.

Close to 44% percent claimed that they buy them because it allows the recipient to be able to select their own gift at their convenience.

The Easy Way Out
Does this mean that the $30 billion being spent on gift cards, we’re becoming completely thoughtless and we don’t care. Are we now forgetting the true meaning and intent of gift giving, and reducing it to a process.

Can’t we really do better than this, such as spending the time to buy an actual gift. Forget about the time it takes, the stress, fear, obligation, guilt, and the complacency when it comes to buying something genuine.

Why not bring back the joy of recognizing one another with thoughtful expression, getting and giving those awful socks. If gifting is now that despicable, why even bother.

Giving The Perfect Gift
The art and tradition of gift giving is obviously fading. So take the time instead to sit down and visualize each and every person that you’re buying for, and don’t stress yourself out struggling to come up with the perfect gift.

Just think about their outstanding qualities, then ponder what gift you genuinely want to give them, rather than not wanting to make a mistake. Realize the type of gesture which would appropriately celebrate the season, and the new beginnings.

Being in that moment with that kind of thoughtfulness will be much more meaningful than when we give gifts, as well as complete gratitude for the receiver.

So if it ultimately has to be a gift card, at the very least personalize it as a recognition of them as a person, and not just as a thoughtless piece of plastic since you have no idea what they want.

Get creative and show that you care. Since those gift cards remain an option, there’s at least an opportunity to put some thought into the message that you’re attempting to convey.

How To Avoid Cyber Threats To Your Online Business Website