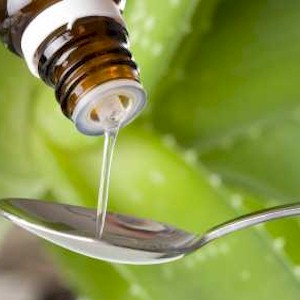 What’s common in the past century is the overuse of antibiotics. The end result being the prevalence of the so called super bugs and drug resistant bacteria, which evolves faster than what the modern day scientists are able to solve, to fight and destroy them.

Before these antibiotics were developed at the pharmaceutical level, what our ancestors used were basic common everyday foods and herbs, which helped in fighting against these same infections and diseases. The majority of these ancient cures are still effective today.

These remedies are now more commonly used by holistic healers and natural health practitioners. In the past, there were no other method of healing the body, other than using these natural antibiotics derived from nature.

So it can be advantageous to go back to our roots, and begin using these ancient remedies, as these natural antibiotics are just as effective today in case of illness.

Cruciferous Vegetables
There are sulfur compounds found in vegetables such as cabbage which are in the cruciferous family of vegetables, which also includes broccoli and kale. They’ve shown effective to battle common illness.

What most don’t realize is the high amount of natural vitamin C that’s found in cabbage, as just one cup of this chopped up cruciferous provides 75% percent of one’s daily requirements.

Eating natural antibacterial shredded raw cabbage as a salad or side dish, or drinking fresh cabbage juice with honey, are excellent ways to improve digestion, prevent disease, and manage weight.

Pure Raw Honey
Ancient times used raw honey on the battlefield, this to naturally soothe wounds while preventing infection. Civilizations throughout the world used honey as a natural antibiotic.

Raw honey is extremely beneficial as it’s both anti-inflammatory and antiseptic, this because there’s a particular enzyme that’s found in honey which releases hydrogen peroxide.

What this process does is it helps the body fight off infection while preventing the growth of bacteria. It’s soothing to the digestive system as it removes toxins from the blood, while helping the liver operate more efficiently.

To provide a boost to the immune system, mix raw honey with cinnamon, this to strengthen the white blood cells. Raw organic honey is the key because the pasteurizing process eliminates its antioxidant properties.

Chemically free astringent raw apple cider vinegar can also be used as a topical solution, this to disinfect and sterilize open wounds.

What coconut oil is most effective for is to boost the immune system, regulate the thyroid, lower blood sugar levels, and lower cholesterol.

EVCO is safe to use both internally and externally, as it’s one the most versatile oils offered by Mother Nature. Add a spoonful into your coffee to increase your energy while boosting immune.

Turmeric
What the turmeric spice does is it naturally protects the body from medical harm. It can be used both externally or consumed internally, making it an excellent choice for fighting common bacteria.

For added benefits, once you combine two bacteria fighting super agents, such as mixing turmeric with pure organic honey, creates a paste that you can apply on infected skin.

Garlic
Garlic for many provides excellent flavorful meals, such as on buttered toast or in stir fry’s. What it contains are extremely beneficial antibacterial properties.

It has the ability to fight off the common cold by stopping germs in their tracks, so it’s an excellent preventative substance.

Allicin is the medicinal agent that’s found in garlic, which protects against parasites, bacteria, and yeast infections.

What all these food products does is renews our intestinal flora, protecting us from contracting major illness, while keeping our body immune to fight off infections.

Grapefruit Seed Extract
It’s found that grapefruit seed extract is extremely effective against fighting over 800 known forms of bacteria and viruses, over 100 strains of fungus, and numerous parasites.

It’s high in antioxidants, so grapefruit seed extract supplements will boost immunity while alkalizing the body naturally, along with aiding the digestive system by improving gut flora.

Echinacea
This is now a common herb remedy that’s found in most households. The extract of echinacea has been proven to fight colds while minimizing flu’s that a person can contract on a daily basis.

It has the ability to battle surface viruses and bacteria which are the trigger to common infections, so this herb is an excellent remedy when taken as a preventative measure.

Oil Of Oregano
Most have used oregano as flavoring for a variety of Italian dishes, this without realizing their extreme health benefits. Beyond their antibacterial properties, oregano also helps with digestion and weight loss.

Colloidal Silver
Colloidal silver is a natural mixture of silver particles which are suspended in fluid. This treatment should be temporary however, since too much silver can become toxic in the body since it’s a heavy metal.

What small amounts does is it disables the enzyme which allows single-cell bacteria to multiply. Once it’s deprived of oxygen, the viruses and bacteria are then effectively destroyed.

What Physically Happens To Your Body When You Think Negative