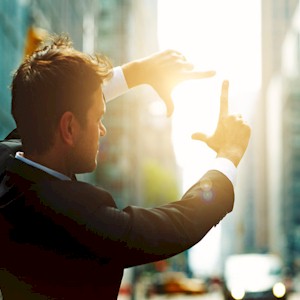 Success means different things to different people. When we’re young, we ace that exam, that’s success. For others in certain parts around the world, surviving to eat to live another day is considered a success. But for many, it’s human achievement, so how will you ever know you’ve reached it.

What the media portrays when it comes to success is one reaching wealth and affluence. What’s often missing are the core elements, the path behind what led these individuals in the modern world to reach these lofty heights.

There are a variety of unique perspectives when it comes to success, classifying them with various personality attributes, this based on their particular style of social interaction.

Are You A Giver Or A Taker
There are those who will take from life more than they give. There are others who chooses to give more, prefers to focus on what others need or want from them. The majority will fall somewhere in between, a bit of give and take in their daily lives.

Those who give, will view success based on whether they had a positive impact on others or not, often placing the priority of others before their own.

Success At The Work Place
Organizations to increase productivity, are constantly searching for what makes their workers feel more successful. What’s also found is that the majority are beginning to feel disengaged on various work levels.

When asked how their workday went, just a minority felt they had a productive day. As a result, companies are becoming more aware of incorporating different “success” drivers into their training programs.

These include informing their employees about the core concepts such as resilience, mindfulness, and happiness. Employers are now taking a more holistic approach when it comes to the pursuit of employee success.

Regardless of what one’s personal definition is, what’s been identified are certain traits which can help in facilitating what fuels success in most.

Showing Resilience
When surveying those on social media regarding what success meant to them, resilience was the most common reply. Resilience is the human capacity to grow, this despite feeling stress or daunt.

It was once thought that displaying resilience was genetic, but what’s now known is that for the most part, it’s a learned skill. Sports teams for instance, will teach resilience skills, this to their athletes which has proven effective.

So to build on the effectiveness of their programs, organizations have begun to adopt and develop these resilience training protocols for their leaders and employees.

Having Meaning And Purpose
Having a purpose, a meaning why one gets up in the morning to attend to their daily work is found important, this because it gives them the reason “why” behind what they do.

For most employees, especially if they’re lower on the production “rung,” will rarely see the fruits of their labor, this because they’re not directly connected to those who are impacted by their work.

Since having meaning matters, those who have solid conviction that their lives have purpose and importance, all shared a complete host of healthy benefits.

They felt that they have more control over their lives, while being more connected with their work. Having higher engagement meant less burnout, along with less anxiety and depression, while reducing workaholism.

Having Determination
Having determination is displaying perseverance which is infused with excitement and enthusiasm, this for one’s long-term goals, and has proven to be an important indicator of success.

There are studies which shows that having determination is associated with students having higher GPA’s. Determination is used as an accurate predictor on whether a rookie on a sports team would be successful, this more than the individual having talent.

Having determination has proven to be the foremost predictor when it comes to the success of leaders for management positions, this when they’re first hired out of University.

Self Motivation
Self motivation is the self driving internal engine of desire that successful people have. What’s also found is that certain companies and individuals, may have the definition of self-motivation all wrong.

Employers believe that it’s money related, by giving out bonuses or a company car, is what drives this motivation. But what’s found in the long run is that’s not always the case.

What’s found instead is that what drives sustainable motivation in individuals, employees, and workplaces, are more personable traits.

• Having More Autonomy – This by one feeling empowered, having a sense of control over their time and the choices that they make
• To Belong – Having a higher level of connection with those they deeply care about
• Feeling Competent – Feeling that they’ve mastered certain tasks, so they could be more effective at what they do

To Become Successful
What research has shown is that these traits are the core to what drives sustainable success in many. Employees who are more engaged in these attributes, will perform better on a daily basis.

What also matters is that the higher a person’s level of engagement is, the higher that their objective financial returns are. This also translates into higher levels of customer satisfaction along with loyalty, which results in higher productivity and increased profits.

Someone once defined success as, “When someone tells you that you’ve influenced their life, that you’ve had an impact on them, this for the better.”

Another defined it as, “Being completely happy, whatever they’re doing, wherever they are, and not regretting how they got there.”

How Not Drinking Enough Water Seriously Damages Your Health