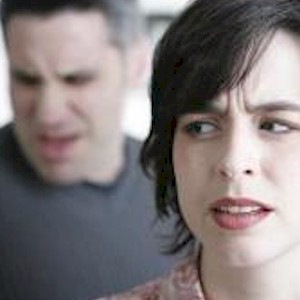 The communication of intent among individuals, especially between partners will often get muddled, confusing and usually the real meaning can usually get lost in translation. It’s been discovered that there’s a reason for this misinterpretation of communication.

For the majority of the time, the words that we speak, what we say will have far less impact to the listener, than what the force and energy that’s placed behind the words do. So whatever it is that you say, is often not what the listener will hear and interpret.

The energy, the tone, which goes behind a particular communication is determined solely by our intent. When it comes to the majority of the communication between people, there are always two different intentions which can motivate any given verbalized statement.

It’s found that we’re often intent on controlling the other person by what we say to them, or we’re intent on learning more about ourselves, or them. The difference is in the energy that’s used between these two intentions, which frequently creates the confusion during the transfer process.

When Someone Doesn’t Understand
For instance, say that Joshua is always complaining about the fact that his partner, Sally, will often get upset with him, this over seemingly minor irrelevant issues.

There was a recent conflict which occurred over a book that she was reading. All he simply asked her was why she had decided to read that particular book. She then suddenly responded by snapping back at him, obviously irritated. Why or why, Joshua wondered.

So what needs to be discovered is the reason why Joshua asked about her book choice in the first place. The reason to him he thought, was just curiosity and nothing else.

But when delving deeper, what was found was that the subject of that particular book was what intrigued him, perhaps the title, which had somehow peaked his curiosity.

It was revealed that he was actually puzzled by the subject of the book, which was about “How women could become more independent.” What was threatening to him was that he was afraid she was wanting to pull away from him.

So what needs to be determined was the true “intent” that motivated him when he asked her. Was it the intent on attempting to control her, or was the intention based solely on curiosity, to learn more about their relationship.

It was found that he was actually attempting to control her. And it was his strict delivery and tone of voice, which to her, came across like he was blaming her somehow.

Sally has constantly told him how much she hates it when he’s attempting to control what she does, and the argument begins that she’s wrong regarding that accusation. But deep inside, he knows that he’s trying to control her.

What she was doing was responding to his intent of his tone, this in the obvious attempts to control her. She responds with irritation, which occurs frequently in their relationship. So what was agreed upon was more open learning by both.

Knowing Exactly What Your Intent Is
So it’s not so much the words which are spoken, but more of the energy that’s placed behind the words. The force of energy directly behind what’s said, such as “Why are you reading that book?” sounds completely different when the intent is to control, rather than curiosity.

The exact same words can be spoken with a completely different inflection, with an edge such as shaming and blaming, or with genuine caring and curiosity. It’s your intention that will determine the energy which is said behind the words.

So Sally wasn’t responding directly to the words themselves, but rather more to the blaming behind the words. This was discovered as the cause of the confusion when it came to the communication process.

The exact same words can be communicated in two completely different ways, this depending on what your trying to extract. The chances are if Joshua didn’t feel threatened by the book, then he may of not even questioned her about why she was reading it in the first place.

So what’s been ultimately realized and agreed upon was that Joshua was attempting to control her, and that’s what she is responding to, and not to the actual question that he was asking.

It Comes Down To What You Really Mean
What Joshua then began to consciously monitor was his actual intent in what he was saying. Every time that Sally began to get distant, annoyed or irritated, he took note of his true meaning to make sure that it was utilized properly.

To him, it was a bit of a challenge to remove himself from attempting to constantly control her, this since he’s been doing so for most of his life with all of the other relationships that he’s had.

But Joshua had the motivation to change as he realized that if he didn’t, he would risk the potential of losing this particular relationship. So he began taking sharper focus on knowing what he says, this especially when his intent was trying to control her.

As Joshua became more aware whenever he spoke, he was able to consciously shift it from controlling, and more towards the discovery of each other.

Once the energy of his communications with Sally began to change, their relationship began to flourish as well. Both were thrilled with the deeper understanding in communication, and a stronger bond was developing between them as a result. All this thanks to properly applying their true intention.

Steps To Turning Your Life Around By Reinventing Yourself