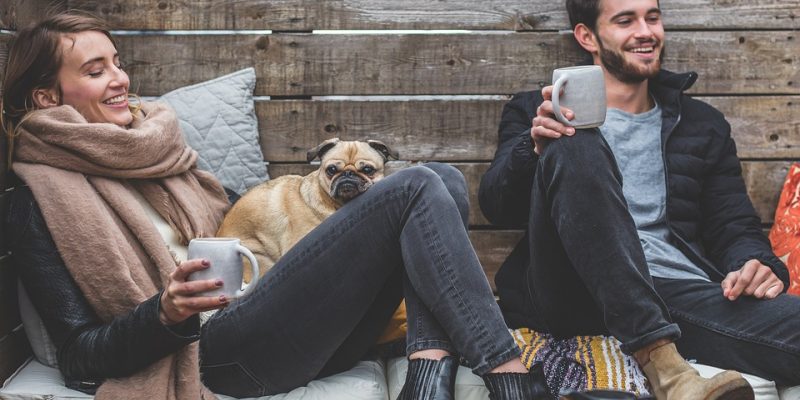 Once we need to connect and discuss subjects or issues, what we want is to get as close to the core truth as possible. This occurs once we’re networking for business, attempting to establish a relationship, or discussing legality.

What we’re always looking for, is conversing with genuine honest people we can trust. We want a safe haven, in a world of cloak dagger and illusion.

We want to avoid situations where deception is commonplace. Where there’s certain individuals, who only chooses to disclose just the information that’s advantageous for them.

What we also want, is to be genuine and trustworthy as possible ourselves, to be diligent and reliable.

The biggest fault being, that most don’t realize how authentic they come across to others.

What we’re also accustomed to, is telling little white lies to our advantage ourselves. This to save face, to cover or protect something, or to avoid confrontation or embarrassment.

The definition of being genuine, is being honest at all times, and being sincere about it. When it comes to the traits of those who are genuine, their internal intent is usually exposed externally.

This however is a tough quality to discern, especially when we’re wanting to avoid the slick shysters out there. The issue being, the majority of human interactions are relative.

So it becomes a function of how we perceive one other, this through our own subjective and at times cloudy lens.

Being Real Is Rare

Being genuine at all times, is found to be a rare quality. We live in a world of “fake news” media hype, phony “clickbait” ads designed to separate us from our money.

Seemingly positive influences who will look you dead in the eye, and lie through their teeth.

What everyone wants, is something they don’t have yet. There’s no one who’s content with who they are, what they’ve got. More importantly, no one’s willing to admit what they’re lacking.

So everyone would rather hide behind who they want to be. Exposing one’s true persona, is becoming an increasingly rare trait.

So take a step back, and take a look at yourself first. How trustworthy are you?

Attempting to be a genuine human, to be bluntly honest as possible, begins with you. Start by knowing the traits of how genuine people behave.

What genuine people don’t want or need, is constant reinforcement or acknowledgement to fortify their ego. This by constantly posting selfies, boasting, or claiming their achievements.

What these phony attention seekers have, are big holes in their self-esteem that constantly needs to be filled.

Those who are genuine are already self-confident and self-aware, so they don’t need this instant gratification of their worthiness.

You’re not concerned whether you’re liked or not, as that’s out of your control. The need to be liked by others, is a byproduct of insecurity and narcissism.

What being “liked” creates, is a need to manipulate the emotions of yourself and others. Those who are authentic and confident, just simply chooses to be themselves.

If others like you, then great, if they don’t, then that’s okay too.

3.) – You Know When Someone Is Full Of Baloney

You have an accurate BS meter. Those who are naive or unaware or are hungry for attention, can easily be duped by them.

What genuine people are able to do, is instantly detect what’s real or not.

You ground yourself in reality, which gives you an accurate baseline when things don’t make sense, when stories don’t add up.

You know your self-worth, the cards you’ve been dealt in life, and are thus completely comfortable in your own skin.

What most will do, is struggle with their identity and attempt to mask it.

What genuine people will do, is work with what they’ve got, and try to make the best of it.

They work on their strengths to their advantage, while constantly improving on their image and weaknesses.

You never attempt to deceive anyone, or tend to exaggerate, overreact, or overreach. You make good on the promises and the commitments you’ve made to others.

You never sugarcoat the truth, or parse your words. If someone needs to hear the blunt honest truth, that’s what you’ll give them, even if it’s difficult for them to hear.

You give everyone the harsh words of reality, even if they get upset hearing it.

There’s not much more in life you need. You’re comfortable with who you are. You don’t need extravagant materialistic things to make you look happy or feel more complete.

You know where to find happiness, which is inside yourself, from your loved ones and your work.

You find joy, in the simple things life has to offer. There is no need to fortify your self-esteem.

You’re modest and don’t seek attention, because you’re confident in your worth. So there’s no need to constantly brag about yourself, to prove how great you think you are.

You never display false modesty, as you realize that even though humility is a positive trait, it ‘s better to be straightforward. You’re also consistent about it.

Since you know who you are, and in touch others with your emotions, you come across as predictable, at times boring, this in a positive way.

You do what you believe. You would never advise others to do something you wouldn’t do yourself. You know you’re not better than anyone else, so you’re not self-righteous.

8.) – You Treat Everyone With Respect

What the various behaviors of being genuine has, is the same basic elements which are self-awareness and mindfulness, that’s consistent with reality.

Those who are genuine, see themselves as others would, this as if they were objective observers.

There’s very little processing, controlling, or manipulating on how you come across.

Once you get to know someone who’s genuine, you’ll find they’re extremely consistent in the way they react, what their true personality is.

You get exactly what you see, which is a rare quality in the world that we live in today. This since these human qualities are at a risk of becoming extinct.

Why Women Swoon And Every Man Respects The Alpha Male