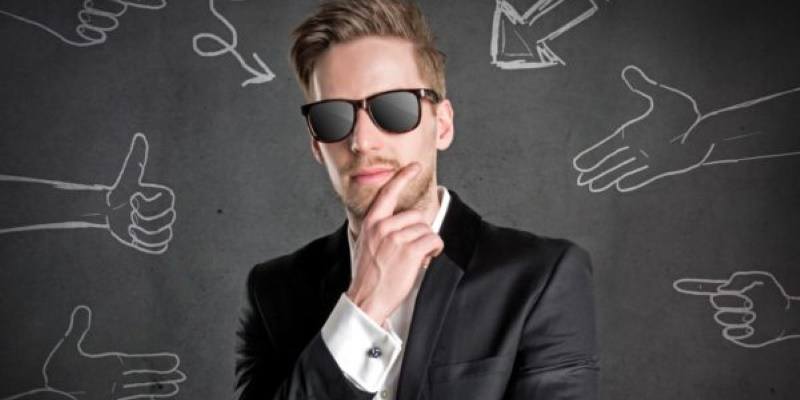 Narcissistic personality disorder is an extremity of extroverted temperament, as they are the most extravagant vital subjects of humans that exists. Just ask someone who is narcissistic and they will agree. It’s all about them and no else matters as they have an absence of empathy towards anyone.

There’s the look at me, I’m more important, I’m better looking than you posturing. Their grandiose plans of idiocy.

The rage which occurs if they’re ever called out on the slightest of their imperfections, or if they’re suspected of making even just the most normal of human mistakes.

But going beyond the obvious traits, what can be easily missed are the subtle features which allows narcissists to sneak into and cling on to your life, and wreak a trail of havoc and destruction.

A Sight For Sore Eyes

A narcissist can be too good to be true in the eyes of those who are devoid of love.

The soon to be perfect partner, the love of their life appears like Prince Charming or a Barbie doll in disguise, rather than the deceitful callous individual they may prove to be later.

So if you look close enough, there will be some tell-tale signs of trouble brewing which can be easily overlooked, or not obvious at the beginning.

When it comes to real life situations, they won’t usually advertise their malevolence.

So what to do, how can anyone protect themselves from these narcissistic personalities who may slip, slide, and slither into your life unnoticed and unannounced.

There are certain warnings, “red flags,” to tread carefully if you ever begin catching even a glimpse of any of these disorders, which may initially be subtle.

Narcissism appears to stem from being born into dysfunction or neglect, which crawls towards creating insecure attachments.

The core fact with narcissists, for all their at times posturing, is insecurity. This remains the easiest way to spot one.

Those who are insecure seek attention, and can’t usually talk coherently when it comes to their family, their childhood, or themselves.

Some of their earlier memories are confused, blank, contradictory, while being riddled with holes.

You can spot a narcissist because their childhood story they gave you makes no sense, the patterns are broken.

The most common myth they’ll tell you, is a story about the picture perfect fairy tale like family they grew up in.

So if they give extremely high praise towards their family you’ve never met, while the reasons come across as vague or discursive, then be aware.

The devil is in the details. There is a reason why you’re not meeting their friends or family anytime soon.

2.) – They Worship Their “Idols” More Than Themselves

Another common narcissistic tendency is they have certain people they look up to, hero’s they adore and will place them on pedestals, such as sports idols or business icons.

This is completely logical to them as they think that if they’re able to find someone perfect, and could be close to them, some of their glitter might rub off on them.

They as a result think they’ll eventually be perfect like them, one day soon as well.

The fact that nothing is perfect is usually lost on them, until they eventually discover their idol has clay feet.

People who are attracted to them, then need to stand back and be aware of this suddenly disappointed narcissist.

Be prepared to conform them back into their image of perfection, regardless of how the compulsive flattery might feel.

Narcissists will usually say and do things which may be obvious, or subtle in nature which won’t make you feel that smart, not as accomplished or competent as them.

It’s almost like they’re saying, “I don’t like feeling insecure so I will pass these feelings on to you.”

Picture your boss or older sibling who constantly questions your methods, while always defending their own. It’s never their fault.

This especially if their decision goes off kilter, and then begins blaming you and everyone else but themselves, this even if it was clearly their mistake.

Another instance is if they give you faint praise, such as, well this time, “you did a good job,” but you know they really don’t mean it.

What the narcissist loves is to knock you down and out a few pegs, only so they’ll appear brighter or more important than you by comparison.

Becoming emotional is a natural consequence of the human condition, and as a result, we’ll normally display a variety of feelings during the usual course of interaction.

Displaying emotion while in the presence of others, also suggests you can become vulnerable.

You can for instance be influenced emotionally by someone, such as by your family or friends, or by secondary events, such as failing at something.

Narcissists however refuse to be influenced this way, as they don’t like to admit that others are able to affect them emotionally whatsoever.

So instead, what they’ll often do is change the subject once any feelings begin to arise.

They despise showing their emotions such as they getting angry. To them, it’s like pulling teeth out with a pair of pliers.

It hurts too much for them to admit they’ve reached their boiling point, or that they’re feeling something.

Narcissists often loathe feelings, and they can’t bear being at the mercy of the preferences of others, as what that means is they’re not completely independent, and may become vulnerable.

5.) – The Need To Control Everything

Rather than they expressing their needs or preferences themselves, they would rather instead arrange events while maneuvering or manipulating people, orchestrating the exact outcome they desire.

In extreme cases, this can be regarded as abusive or controlling behavior, such as they’ll ask for something to be done, and if it’s ignored, they may get upset.

For instance, they may get upset because dinner wasn’t ready the instance they got home.

In the majority of the cases, their attempts to control everyone is a lot more subtle than being outright abusive or demanding.

So be aware if anyone makes you nervous or upset when it comes to certain topics, or when sharing your own preferences.

Narcissists will force their subjects to make choices, as they will make them feel they’re off limits without expressively implying so.

It becomes more like a war of attrition on your will, an outright assault on your feelings and freedom, as they want to control everything.

The Mystery Of The Human Aura Scientifically Defined